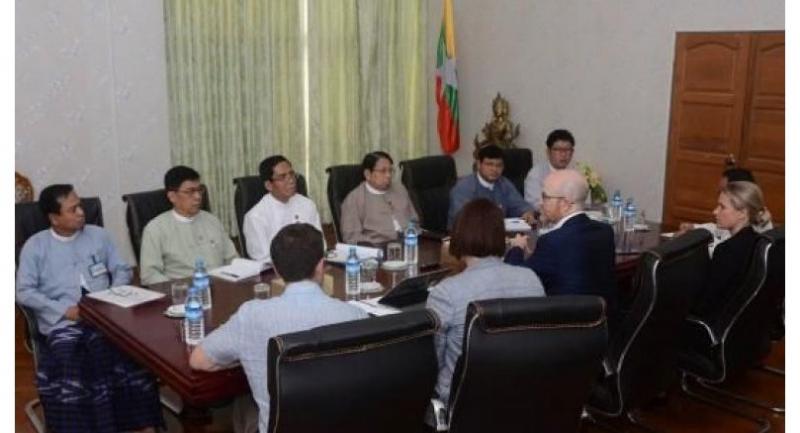 Facebook has blacklisted a group of Myanmar Buddhist hardliners including monks notorious for bilious hate speech against Bengali Muslims, the company said on June 7, as it scrambles to show it is tackling inflammatory content.

The social media company plays an outsized role in a country that has only recently come online and boasts 18 million accounts among the population of around 50 million people.

UN investigators have said that Facebook has morphed into a "beast" in the country and that hate speech and incitement to violence against the Bengalis are rampant on the site.

In response, Facebook this week has undertaken its highest-profile visit yet to Myanmar.

It banned the Buddhist nationalist movement Ma Ba Tha from its platform, as well as a pair of prominent monks known for stoking hatred towards the Bengali.

Extremist monks Parmaukkha and Thuseitta join their fellow firebrand clergyman Wirathu on the blacklist, after he was banned in January.

Activists have criticised the platform for responding too slowly to reports of malicious posts, with some content being shared by users for more than 48 hours before being removed.

"We can do more, and we have been slow to respond," admitted Facebook Vice President of Public Policy in Asia-Pacific Simon Milner.

He said Facebook is increasing the number of people working on Myanmar from Singapore and Bangkok, including those who speak the language, although declined to give specific numbers.

The representatives of Facebook explained the work conducted by the social media company on improving Facebook's community norms, policies, usage of violent, vulgar and hate speech, account security of Facebook users from Myanmar and contents.

The Union Minister in return suggested monitoring and controlling content such as rude and vulgar word usage, hate speech, and comments inciting community and religious conflict.

The Union Minister also suggested that those who are good at using Myanmar language should be hired and an office be open in the country.

"It is right at all. Facebook Team is not fair. Why didn't Facebook Team close the account insulting Sitagu Sayadaw Dr Nanissara? Ro Nay San Lwin account is also the same matter. This account is posting and sharing fake news and contents. Why did Facebook close my account? I spotted an article posted by Eleven Media Group. I liked it and it is not so bad. I wrote eight words and shared Eleven's article. About one hour after sharing the article, my account disappeared. I meant my account was not hacked. No warnings came to me. I don't know how long is my account closed. My account becomes disabling. The answer is clear. The minister met with Facebook Team yesterday and today my account is not present. Who behind the scene makes me quite clear. I don't want to mention who it is.  I want to mention just who closes my account is very shameful. I am nothing shameful about it."