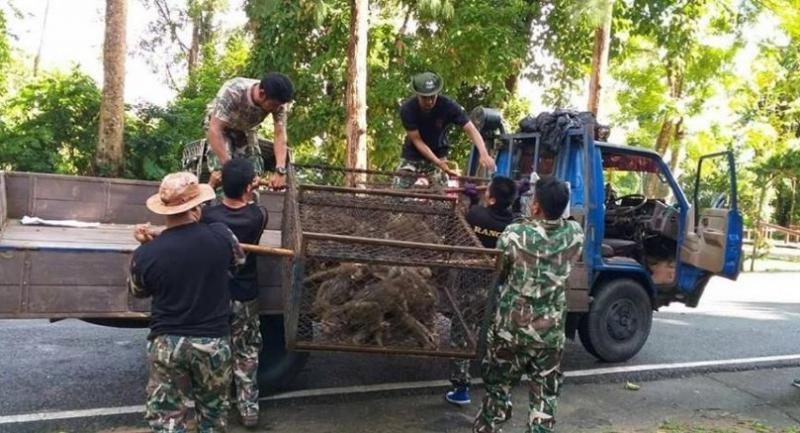 A total of 129 southern long-tailed macaques have been captured at Khao To Sae in Rassada for sterilisation. The start of the monkey sterilisation process began on June 12 after public meetings agreed that the island’s monkeys, in the public “hot" zones, needed to be sterilised and re-homed in a systematic programme. Stage one to capture, sterilise and release some of the excess monkey population around Phuket was seen as a great success.

Yesterday (September 13) a team of officers from the Natural and Wildlife Education Centre at Khao Phra Thaew reserve in Thalang took 129 southern long-tailed macaques, which had been captured at Khao To Sae, to the reserve for sterilisation before releasing them back into the wild.