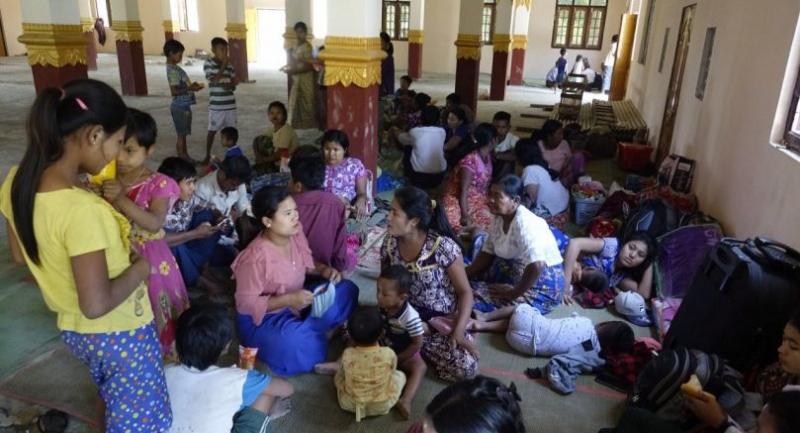 The team was in Rakhine from March 4-13 and is expected to finish its report this month.

The Association of Southeast Asian Nations will then decide whether to send the team back for a comprehensive assessment in the near future, ministry spokesperson Busadee Santipitaks said.

She termed the mission a “good signal” for Asean to enhance its role in resolving the problems in Rakhine state.

Foreign Minister Don Pramudwinai, representing Thailand as this year’s chair of Asean, was in Jakarta on Tuesday and Wednesday to discuss the issue with Indonesian President Joko Widodo, his Indonesian counterpart Retno Marsudi and Asean Secretary General Lim Jock Hoi.

The ERAT is made up of experts from several member-states and officials of the Asean Coordinating Centre for Humanitarian Assistance on Disaster Management and Asean Secretariat.

It was the first time Asean had dispatched a mission to Rakhine since violence erupted there in August 2017, eventually forcing more than 700,000 Rohingya to flee their homes and seek refuge in neighbouring Bangladesh.

The United Nations, United States and other western countries have characterised atrocities inflicted on the Rohingya, including arson, torture, murder, gang rape and massacre, as constituting genocide.

Attempts are being made to refer the matter to the International Criminal Court or a similar tribunal.

Several senior military officers have been accused by name as bearing responsibility for what the Myanmar government dubbed a “clearance operation” aimed at rooting out militant Muslim terrorists among the Rohingya population.

Myanmar and Bangladesh last year reached an agreement on repatriating thousands of Rohingya. The initial group was supposed to return on November 15 but refused to move until their safety could be guaranteed.

Asean at its summit last year in Singapore agreed to help Myanmar end the crisis and repatriate thousands of refugees.

Secretary General Lim, who visited Myanmar from December 16-18 to establish terms of reference for the ERAT mission, told Asean foreign ministers meeting informally in Chiang Mai in mid-January that the mission could not yet proceed due to safety risks.