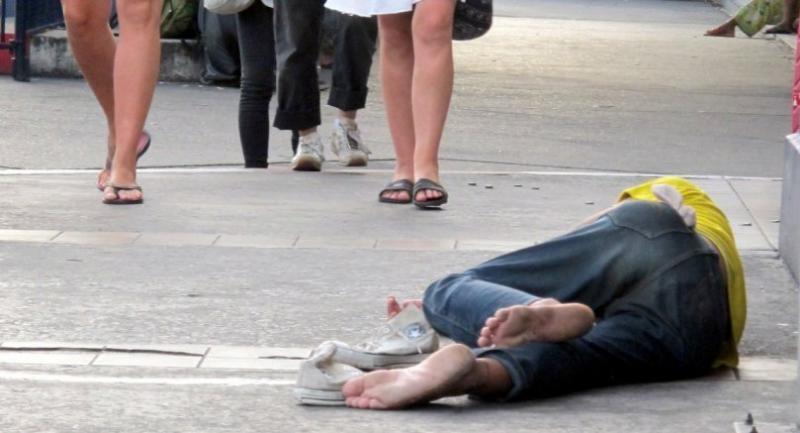 A 61-year-old homeless woman who died of tuberculosis (TB) last month had only just been confirmed as a Thai in a DNA test, which would have earned her a citizenship card and access to the Bt30 healthcare scheme that could have saved her life.

The tragedy occurred despite determined efforts by public groups and state agencies to assist people in the same predicament.

Wanna Kaewchat of the Habitat Development for Humanity Foundation said at the weekend that Wannakul Saikhet had eked out a living scavenging and doing odd jobs in Sila tambon, Muang Khon Kaen.

Wannakul was born in Khon Kaen but her Thai parents failed to apply for a birth certificate.

As an adult, Wannakul had several times applied for nationality but was too poor to afford the Bt8,000 cost of the required DNA verification test.

“Bt8,000 is a huge amount for underprivileged people – they can barely afford their daily living expenses,” Wanna said, urging the authorities to do more to help the khon thai rai sit – a term for people of Thai ethnicity who are not officially Thai nationals and thus lack basic rights.

“It was Wannakul’s dream to have a Thai ID card and access to the Bt30 universal healthcare scheme so that she wouldn’t have to spend so much money when she got sick,” Wanna said. “But she died just two months after the DNA test results came in.”

Treatments for the chronic tuberculosis afflicting Wannakul in recent years cost her Bt600-Bt1,000 a month and sometimes she had to rely on the charity of hospital directors.

But, unable to afford the steady ration of medication that the Bt30 healthcare plan would have provided, she died in late April.

Wannakul had only in February been given state aid to undergo the DNA test. She was in the process of applying for an ID card when she died.

In response to a June 2018 survey of khon thai rai sit in Khon Kaen, the National Health Security Office and the ministries of Interior, Justice and Social Development and Human Security began providing such people aid in proving their Thai identity, including a free DNA test.

That’s what gave Wannakul a chance to prove her identity, although Wanna said her claim was easier to confirm than most since she’d lived locally for so long and had siblings to testify to their relationship.

Wannakul’s case was one among many, Wanna said. Another woman, Ai Waseng of Bangkok’s Sai Mai district, was also born in Thailand but had no birth certificate. Nationality was granted her in 2017, when she was 65, and she died a few months later.

Wanna said the foundation’s 2018 survey documented 700 homeless people across the country, of whom 110 were categorised as khon thai rai sit. It worked with the authorities to help them, and 15 in that group have received ID cards so far.

The foundation and its partners have assisted 70 homeless people in securing ID cards in the past two years, Wanna said.

Efforts continue to establish a fund to cover medical expenses for khon thai rai sit while they wait for their Thai identity to be confirmed, she said.

In the meantime the Social Development Ministry and hospitals have been shouldering on average Bt10 million a year to cover their medical expenses.