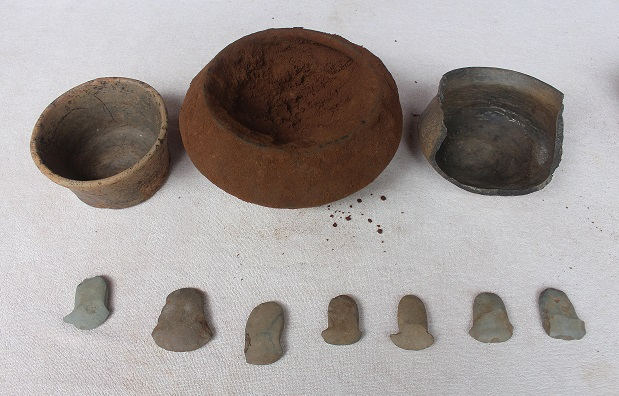 Polished stone tools and pottery pieces, some of them more than 2,500 years old, were unearthed recently from a tapioca plantation in the northeastern province of Nakhon Ratchasima.

Fine Arts Department officials went to Khon Buri district to investigate the pieces and have brought them to the Phimai National Museum for display to the public later.

Sompong Salawan, a resident of Taling Chan district in Bangkok, had discovered the pieces in a plantation after the area's soil was severely eroded by floodwater resulting in a one-foot-deep hole. Officials estimated that the nine items were from a pre-historic time dating back to about 2,500-3,000 years ago, while the period of several other pottery pieces were yet to be determined.

The officials have brought all the items for keeping in the museum pending a detailed inspection by an expert archaeologist from the Fine Arts Office 10 in Nakhon Ratchasima province before the items would be displayed for public viewing.