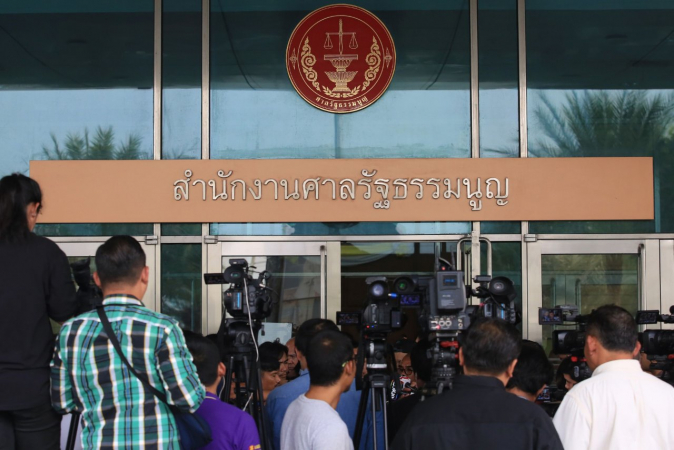 The anti-junta politician only had 45 days to prepare his explanation, with Monday being the deadline, as the court had rejected his request for an extension last month.

The politician is accused of violating the Constitution by holding shares in the media firm, V-luck, while running for an MP post.

However, Thanathorn has said all along that he transferred the shares to his mother weeks before the MP election was open for applications. Yet, official documents show that Thanathorn’s mother only became a legitimate shareholder of V-Luck Company after her son had already become an MP candidate.

The politician can be disqualified as MP if the court finds him guilty. He is currently suspended from the House of Representatives by court order.