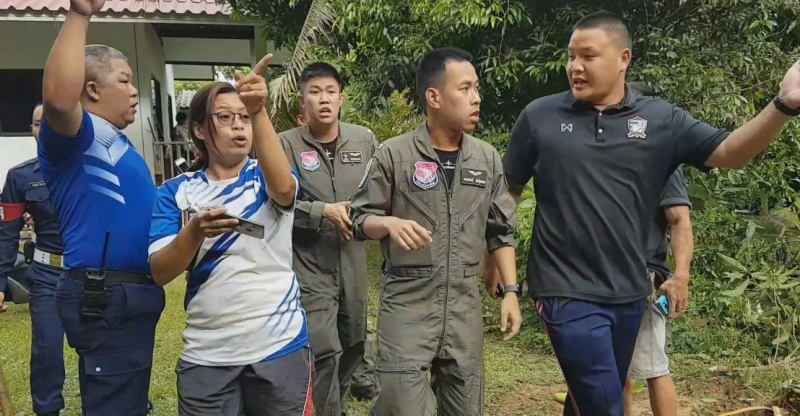 A crew member is reported to have died in a plane crash in the northern province of Chiang Mai.

The news about the crash broke at around 5 pm Thailand time.

Eyewitnesses said that a pilot had ejected safely from the aircraft, but one crew member was found dead at the crash scene.

There are no details about the type of the aircraft.

Officials have sealed off the site, and an Air Force helicopter is flying over the crash scene.

No outsiders or members of the media have been allowed to go near the crash site.