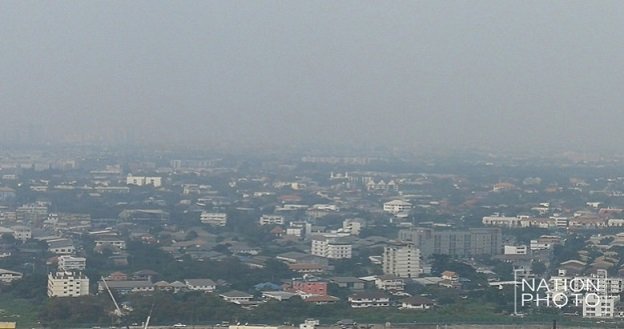 The Pollution Control Department (PCD) has developed a system for accurately forecasting air pollution with the aim of boosting the authorities’ effectiveness in tackling the issue of PM2.5 dust – airborne particulates 2.5 microns or less in diameter, according to department director-general Pralong Damrongthai.

The system was developed in the wake of smog crisis in nine northern provinces and in Bangkok early this year and is part of the PCD’s 20-year strategic plan for tackling air pollution caused by tiny particle dust and benzene, he said.

The assessment of potential pollution-carrying capacity of each key area, along with an accurate prediction of the PM2.5 situation to warn the public, and the implementation of effective measures against nano-particles and long-range transport pollution were identified during a recent study that looked at ways to reduce air pollution.

This led to the development by the PCD of a system to provide accurate pollution forecasts so as to better manage issues in target areas such as the North and Bangkok. The system is based on a mathematical model to describe the air pollution dispersion and a mathematics model for meteorology and atmospheric layers developed by the US National Oceanic and Atmospheric Administration and the US Environmental Protection Agency.

The system allows most-accurate prediction within a three-day range in various areas including Bangkok and its surrounding provinces; the nine northern provinces as well as trans-border pollution movements; the pollution control zone in tambon Na Phra Lan of Sara Buri’s Chalerm Phrakiat district; and the pollution control zone in tambon Map Ta Phut in Rayong's Muang district where the system could assess the area's potential pollution carrying capacity, especially the volatile organic compounds at sources. The system is also useful for situation assessments in cases of emergency that require timely and effective handling and for the assessment of air pollution complaints, he said.