Officials from the Fine Arts Office 6 on Thursday inspected the Ubosot of Wat Ratburana in Phitsanulok's Muang district that was damaged in a fire on Wednesday morning leaving its King Rama IV-era mural painting covered in black soot, to gather information for restoration.

Police suspect that the fire was caused by lit candles and joss sticks left unattended in front of Luang Phor Khao Buddha image. 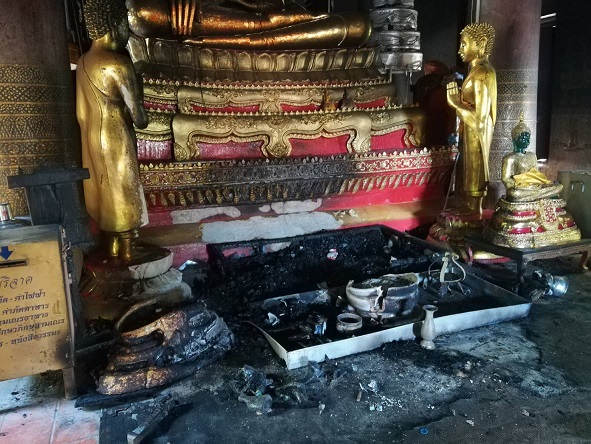 The Ubosot’s mural painting had been undergoing restoration by the Fine Arts department since April and the work was scheduled for completion this month. The fire has set the timetable back, said abbot Phra Khru Sitthithampiwat quoting the Fine Arts officials as saying that the soot must be removed from the mural very soon to contain the damage.