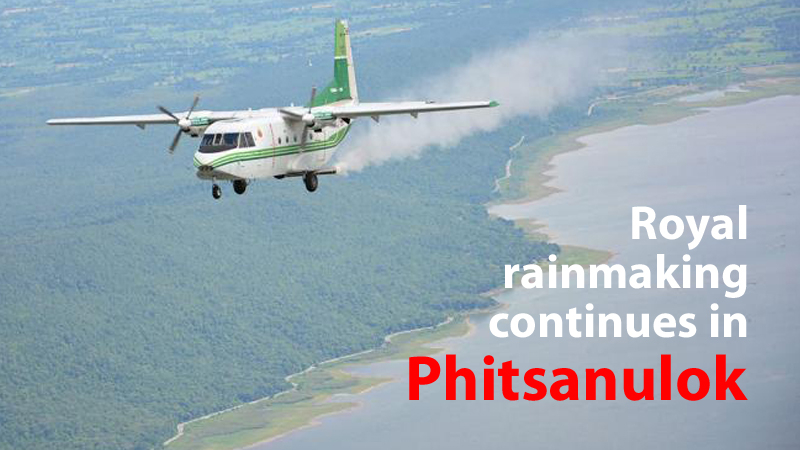 The royal rainmaking unit in Phitsanulok resumed operations on Monday to try to bring about rainfall in nearby Phichit and Phetchabun.

The Phitsanulok-based unit will fly two planes in the morning. Each plane will spray 700 kilogrammes of rainmaking chemicals in cloud-seeding operations in each province, officials said.

In the afternoon, the two planes will attack the seeded clouds to try to cause rain, they said.

Areas in Phichit and Phetchabun have been hit by a lack of rain, prompting local residents to call for artificial rains.

The Phitsanulok-based royal rain making has been seeding clouds in the province and nearby provinces since March.

In June the unit moved its operations to Tak before returning to Phitsanulok this month in an attempt to make rain and replenish water resources in Phitsnulok and Phetchabun.