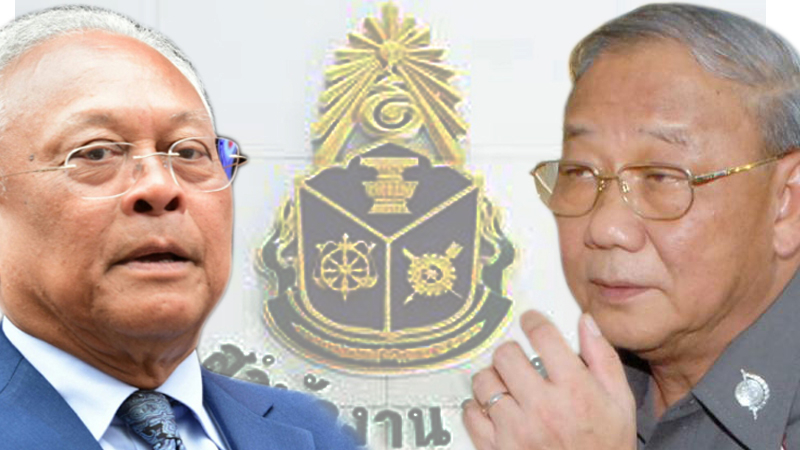 The NACC said it was determined to charge Suthep, Pateep and members of the police committee in charge of approving the project and bring them to the Supreme Court’s Criminal Division for Holders of Political Office.

Suthep, Pateep and members of the police panel were accused of violating the law through bidding collusion.

The project aimed to build 396 new police stations nationwide. The winner of the project was later found to have abandoned the project, causing police at many stations to have no premises from which to work. The opposition then attacked Suthep over the scandalous project that made headlines, prompting the NACC to conduct an investigation.

The NACC set up a subcommittee with nine members to investigate the case and the subpanel submitted its report to the NACC to consider, leading to the Commission’s decision to iindict Suthep, the former police chief and the panel in charge of approving the project.

Suthep is now a leading member of the Action Coalition for Thailand Party, whose leader Chatu Mongol Sonakul is the labour minister in the current government.

Earlier, the NACC announced that the accused were made up of two groups.

In the first group, Suthep is accused of violating the anti-collusion act of B.E. 2542 in the project to build 396 police stations nationwide by giving the contract to a contractor and cancelling the earlier method of granting multiple contracts based on region. It was his approval of the merger of regional contracts into one national project that has led to his facing the collusion charge and benefitting the bid winner.

Pateep and members the police committee was charged with abusing authority related to the project to build police stations for the Provincial Police Bureaus 1 to 9 and for the southern provinces’ border patrol police command.

Suthep has testified to the subcommittee of the NACC three times, protesting his innocence on each occasion.

In this third appearance before the subcommittee, Suthep said he had nothing to do with the failure on the part of the project winner to complete the construction on schedule.

Suthep also insisted that he had nothing to do with the drafting of the contract and the change of the bidding method because the signing of the contract complied with the regulations of the PM’s Office on hiring a private firm. Suthep said the contractor must be held responsible for the construction delay, not him.

Suthep explained to the NACC that he approved the merger of multiple contracts in line with a proposal put forward by Pateep.

He explained that he initially approved multiple projects based on nine police provincial bureaus as proposed by then national police chief Pol Gen Phatcharawat Wongsuwan. But when Pateep became acting national police chief, Pateep proposed the merger of the contracts into one on grounds that the 2010 budget act stated that contract signing of one project must be carried out as one contract. As a result, Suthep explained, the multiple contracts were changed into one in accordance with the budget spending regulations of the 2010 act.