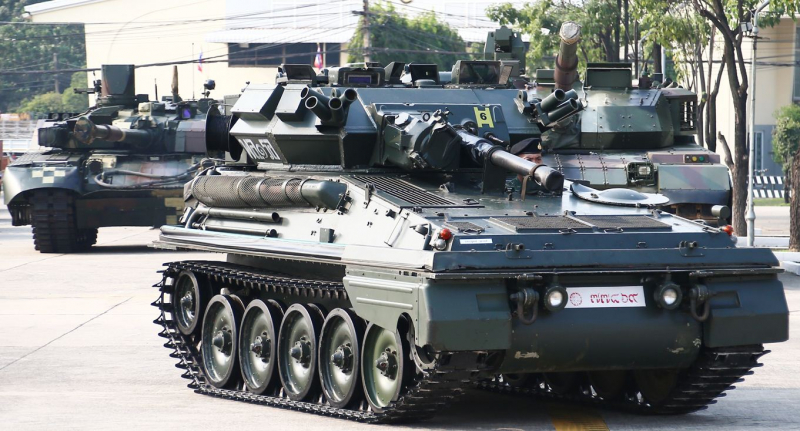 Military moves taking place in Bangkok on Wednesday will be associated with His Majesty the King’s birthday on Sunday and no cause for concern, says the Army.

The Army’s Public Relations Division said on Tuesday there was no need for alarm at the sight of processions of arms, troops and vehicles into Bangkok.

It said the soldiers, weaponry and vehicles, as well as the Army’s Thongchai Chalermpol (armed forces flag), will be transported into the capital from the Royal Guards 2nd Infantry Division base in Prachin Buri to take part in a ceremony honouring the King.

People are welcome to watch the parade along Suwansorn Road in Muang Nakhon Nayok to Ongkarak district, on the highway leading to Ramindra Road, and along Chaeng Wattana, Rama VI and Pradipat roads.

Their destination will be the Third Cavalry Regiment base.