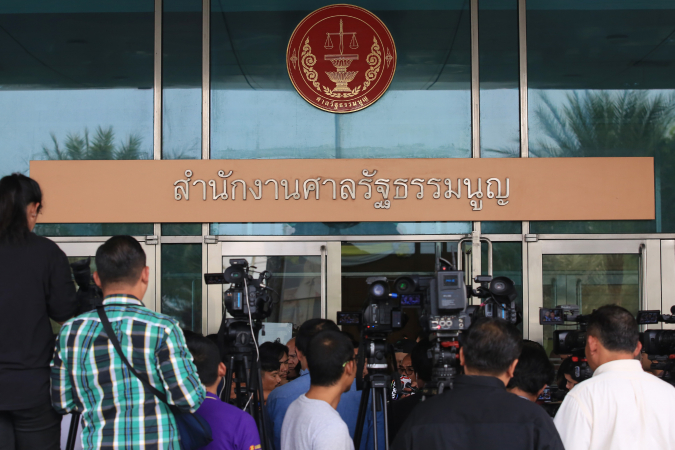 The Constitutional Court has warned that critics of its rulings could face prosecution for contempt of court if they unfairly attack its judgments or use expletives in public comments.

In a statement issued on Thursday, the court said that according to the amended law regulating the court, which has been in force since March last year, criticism of the court should be done in an honest manner, with no use of expletives or sarcastic or vengeful language. This provision also refers to comments made on the Internet or in social media, the court said.
Anyone violating this clause could be regarded as acting in contempt of court. The violation carries a maximum imprisonment of one month, a fine of no more than Bt50,000, or both.
“The provision on contempt of court aims at ensuring justice to the concerned parties. The court will enforce this law as much as it is necessary in order to ensure justice in an efficient and fair manner," the statement said.
The statement was issued after the website of the opposition Future Forward Party published a court order for certain executive members of the party, including leader Thanathorn Juangroongruangkit and secretary general Piyabutr Saengkanokkul, to submit their written statement within 15 days in connection with a petition filed with the court that accused them of attempting to overthrow the country's democratic system with the King as head of state.
The post on Future Forward's website attracted many posts critical of the court. It was also clear that many of these posts were from the party's supporters. A lot of the comments harshly attacked the court with foul language.