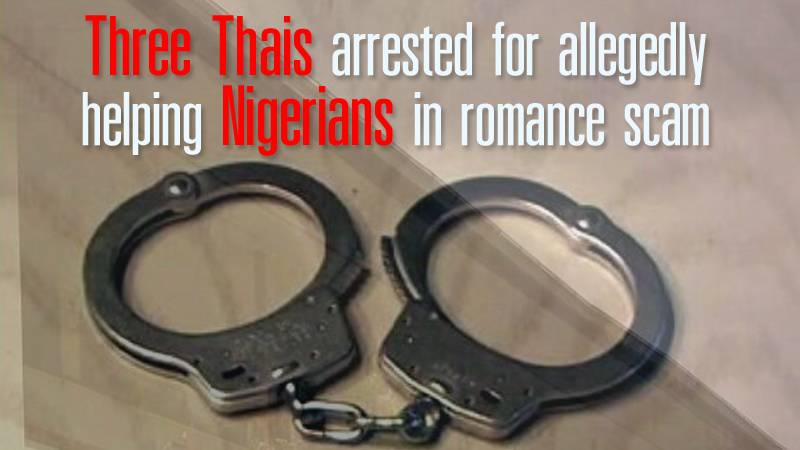 Three Thais have been arrested for allegedly assisting two Nigerians to dupe a Thai man into wiring them money in a romance scam.

Surachai said police are hunting for the two Nigerians, who were identified as Oguejiofor Ugwu and Ugochukwu Geoffrey Ofoma. Surachai said one of the Nigerians was believed to have fled abroad.

Surachai said police investigated and made the arrests after Suchinda Sihasut, 22, filed a complaint with Muang Udon Thani police on May 29 that he was deceived into transferring money to a gang behind a romance scam.

He said a person who had claimed to be a Malaysian man using an Instagram account under the name of Cheong Xao had told him that he mailed him a package with an iPhone and US dollars.

Suchinda said the Thai accomplices then pretended to be officials of Nippon Express logistics firm and called him to request that he pay a fee for customs clearance of the package. He lost Bt117,000 to the gang.

After police arrested the three Thais, Suchinda got back Bt100,000.

Surachai said police found that the bank accounts of the alleged accomplices had shown entries amounting to some Bt10 million and that the gang had allegedly been deceiving Thais for a year.