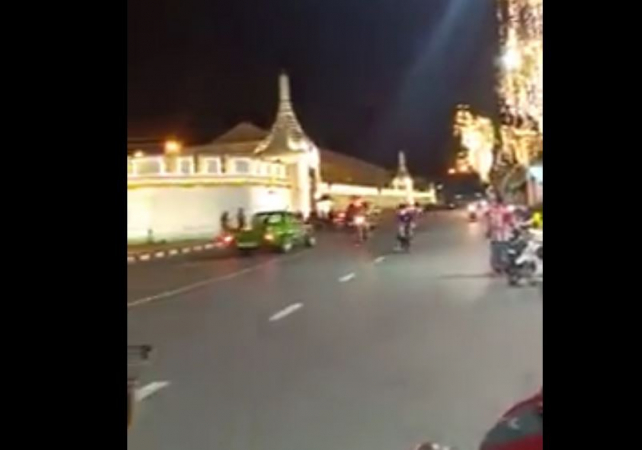 Bangkok police are hunting for the teenage motorcyclists who organised a race outside the Grand Palace on Saturday night.

The racing was over by the time police reached the scene, but CCTV recordings and videos posted on social media have provided them with clues as to the bikers’ identity.

Clips obtained by Nation TV were apparently taken by a bystander using a phone camera and may have been shared by one of the race organisers.

Pol Colonel Krissana Phathanajaroen urged parents to make sure their children shun street racing, warning that they too could face legal action for not keeping their kids in check.

A senior policeman said this was the first time there had been motorcycle racing anywhere in the vicinity of the palace.

Pol Maj General Senit Samranruamkij said two teenagers seen in a video clip watching the race had been identified and given a lecture.

Two riders seen racing in the clip will be charged with reckless endangerment and street racing, he said.