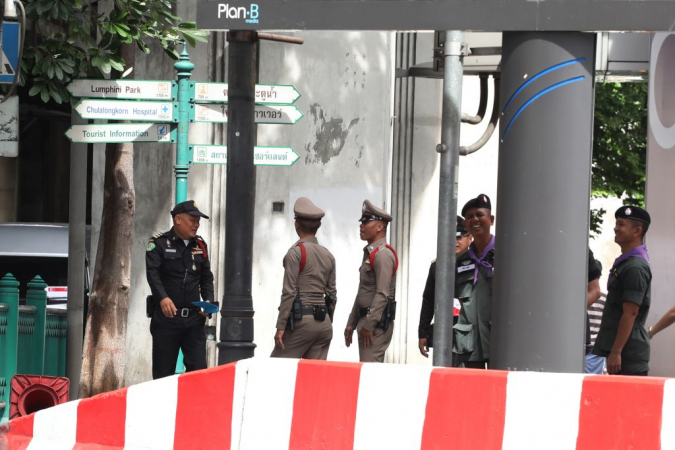 Tourism and Sports Minister Phiphat Ratchakitprakan visited Bangkok’s Chinatown on Friday night (August 2) in a bid to restore the confidence of foreign tourists of their safety in the Kingdom following a series of bomb attacks earlier in the day.

Phiphat and his staff and officials from the ministry visited Yaowarat at night after explosions at five locations in Bangkok shook public confidence. He greeted and shook hands with foreign tourists and assured them that the situation was under control.

Phiphat later told reporters that the bomb incidents would not affect Thailand’s tourism in general.

The ministry has instructed the Tourist Police Bureau, the Tourism Authority of Thailand, the Tourism Standard and Tourist Safety Division and other agencies of the ministry to monitor the situation and ensure the safety of tourists.

Phiphat said agencies of the tourism ministry had been instructed to dispatch officials to key tourist destinations to rebuild confidence among foreign tourists.

He said the situation was under control and police in uniform and plain clothes had stepped up security at all major locations “for the utmost safety of Thais and foreigners, who may visit the Kingdom during vacations or for business”.

Phiphat said tourists can call tourist police on 1155 at anytime when they encounter untoward incidents.