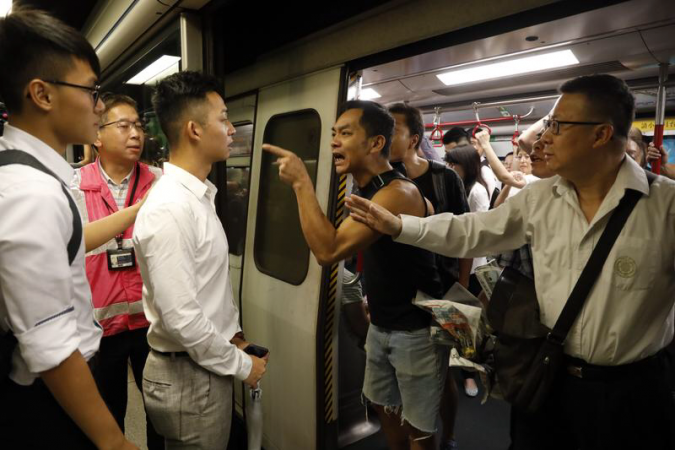 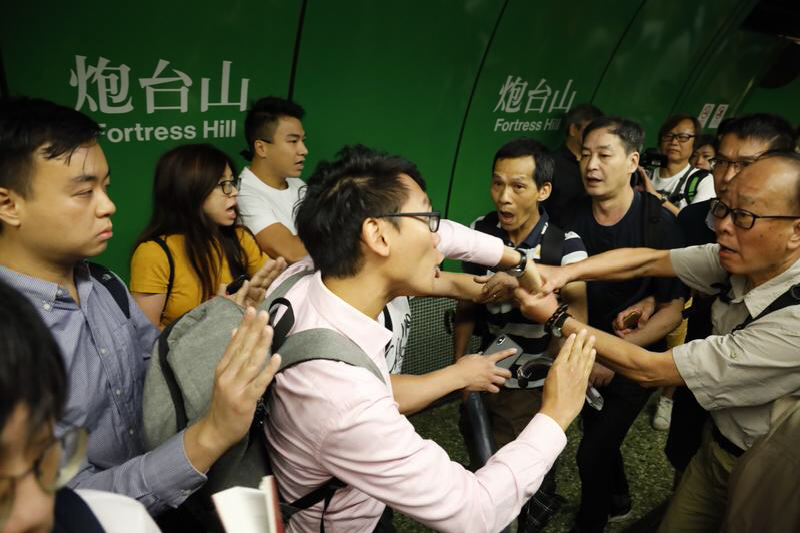 Commuters hushed for work tried to argue with the protesters were to no avail. Many were stranded in the MTR stations owing to the disruption.

Almost passengers were seen waiting for buses at the normally-bustling bus stations next to the Hung Hom Cross-harbour Tunnel, which was blocked by extremist protesters three times in the past weekend. They used barricades to block the tunnel again this morning. Following the blockage, police swiftly cleared the barricades.

Many section of MTR services in different lines were suspended, including Tsim Sha Tsui to Kwai Hing section of Tsuen Wan Line and Tsing Yi to Nan Cheong station of Tung Chung Line, and Kowloon Tong to Lo Wu and Lok Ma Chau, a key and only rail service to checkpoints connecting to Shenzhen.

Chief Executive of Hong Kong SAR Carrie Lam Cheng Yuet-ngor will meet with media at 10 am, with Chief Secretary Cheung Kin-chung and Financial Secretary Paul Chan Mo-po. She is expected to comment on the growing nuisance and violence mounted by protesters since mid-June.