Flat-bottomed boats are moved to the Pak Jan Police Station compound in readiness to help with the evacuation of residents. The rising waters have forced residents to seek safer ground.

Local officials and agencies evacuated the affected residents, giving special attention to ailing seniors, as they moved them to safer ground. Urgency was added by the prospect of floodwaters from the Tanaosri Mountain Range forest worsening the situation later on Friday night. 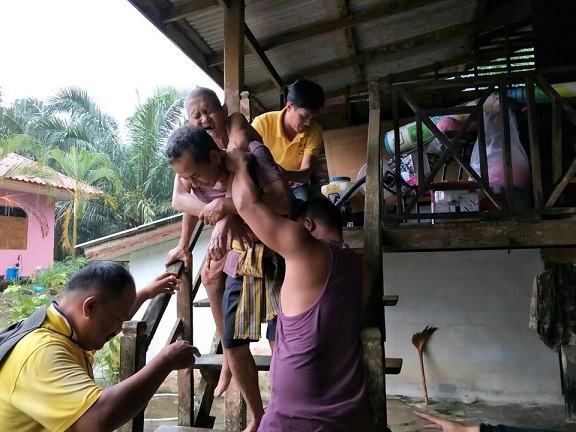 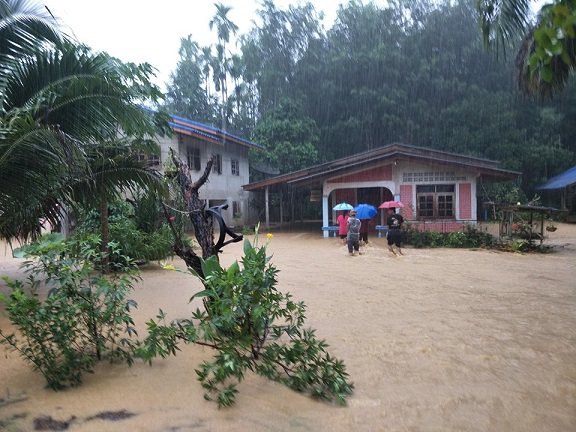 Officials in Kra Buri district Chalermpol Kru-ampho ordered the opening of a royally-granted mobile kitchen to aid flood victims later on Friday. Weerasing said farmlands weren't affected by this flood, although the water intrusion posed some difficulties to farmers who are about to harvest mangosteen. 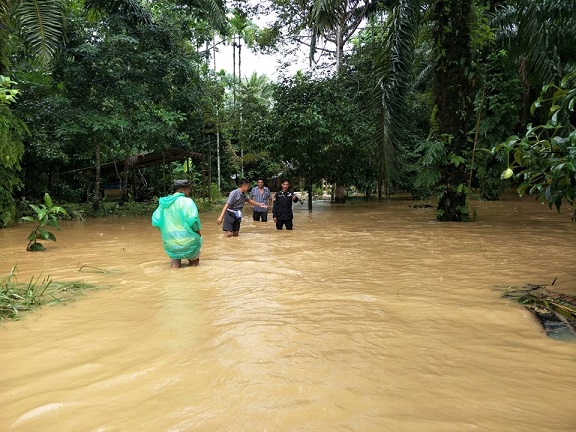