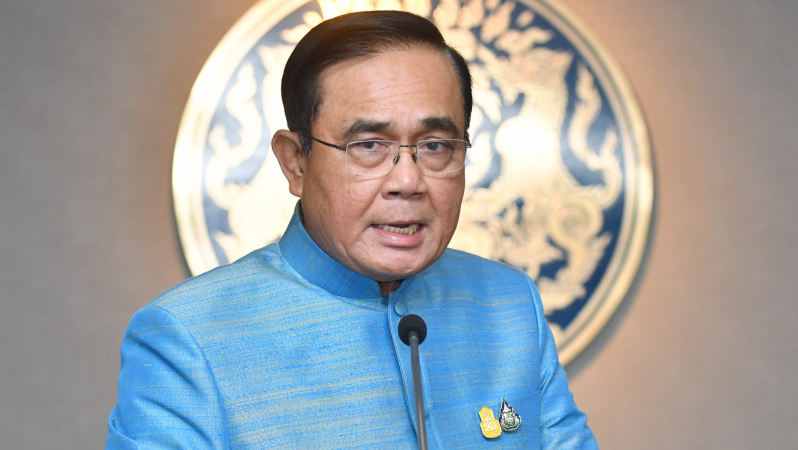 Prime Minister General Prayut Chan-o-cha said on Wednesday that he would not attend a House meeting to answer a motion regarding errors in his Cabinet’s oath-taking because the issue had been taken up by the Ombudsman Office for an investigation.

Prayut said his absence from the afternoon House meeting to answer the motion would not be out of a lack of respect for Parliament.

“But the issue has entered its due process. The issue is now in the process of the ombudsmen. It will have its own legal procedures that the government must comply with,” Prayut said.

Future Forward Party has submitted a motion demanding the prime minister clarify the issue. The motion was scheduled to be taken up by the House of Representatives on the afternoon of August 14.

Future Forward has accused Prayut of violating the constitution by failing to fully state the oath when he and his Cabinet did not commit to protecting and complying with the provisions of the charter. Last week, Prayut issued an apology to his Cabinet for causing the controversy and said he would assume all responsibility, without elaborating.

Prayut spoke to reporters as he and his Cabinet members led their spouses on a visit to the Foundation for the Blind in Thailand in Bangkok’s Ratchathevi district at 9.30am.

The prime minister and his wife, along with the Cabinet members and their spouses, performed voluntary works to help the blind children at the foundation as an activity under the King-initiated “We Do Good With Heart” voluntary project.

The prime minister and entourage donated some learning accessories for the blind to the foundation and took part in making Braille books for blind students at the foundation. They also played games with the blind children, including tug-of-war and football, as well as hosting a lunch for them.

After singing, Prayut introduced himself and said he and the Cabinet members and their spouses were happy to carry out voluntary activities at the foundation.

He said his government would not leave anyone behind and would support all the people. He told the blind children not to feel sorry for their disability because they could do all the things that others can do.