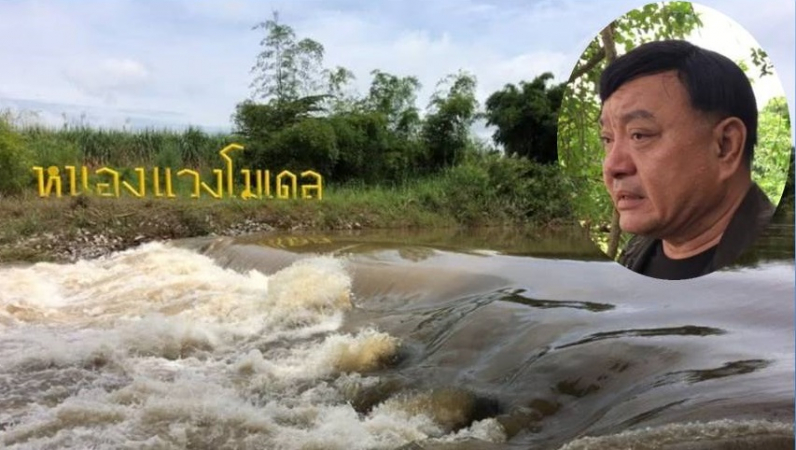 Boasting of success in applying His Majesty the late King Bhumibol Adulyadej’s science to build affordable, durable and effective check dams made of soil cement in five northeastern provinces in the Che river basin, the Royal Irrigation Department (RID) has invited people to apply this model and expand use of solar-powered water pumps and drip irrigation systems.

The soil-cement dams constructed under a pilot project in the Che river basin since 2015 has proven to be easy to build and durable, lowers the rate of leakage, increases the amount of water-holding capacity and is cheaper to construct than concrete check dams, he noted. The success of the soil-cement dams has led to the establishment of the RID water disaster mitigation operation centre (WDMOC) in Khon Kaen to aid farmers there and in Chaiyaphum, Kalasin, Maha Sarakham and Roi Et, he said.

The RID has also developed solar-powered water pumps and a drip irrigation system while building soil-cement-paved ponds. The ponds were built to provide water all-year-round to farmers in areas higher than the check dams, hence minimising the impact on farmers from little or no rain this year, he said.

WDMOC adviser Supataradit Ratchatha said the solar water pumps and the drip irrigation system could help farmers save electricity and water. He said the use of a solar-powered pump could help save about Bt30,000 in electricity bills per year. It was also designed for use with the drip irrigation system, which helps save water by 80 per cent (compared to typical crop growing which uses a large amount of water to saturate a whole plot of land), he said, citing the requirement that this system needed only one cubic metre of water per day to hydrate crops grown on one rai of land. A solar cell panel, easy to assemble and maintain, is also affordable and lasts 25 years, he added.

“I want farmers to try using alternative energy such as solar power. It is cheaper and reduces the per-rai investment of crop growing – which usually is about Bt10,000 – to about Bt2,500-Bt6,000. There will likely be less fighting over water use and farmers could become more self-reliant,” Supataradit said.