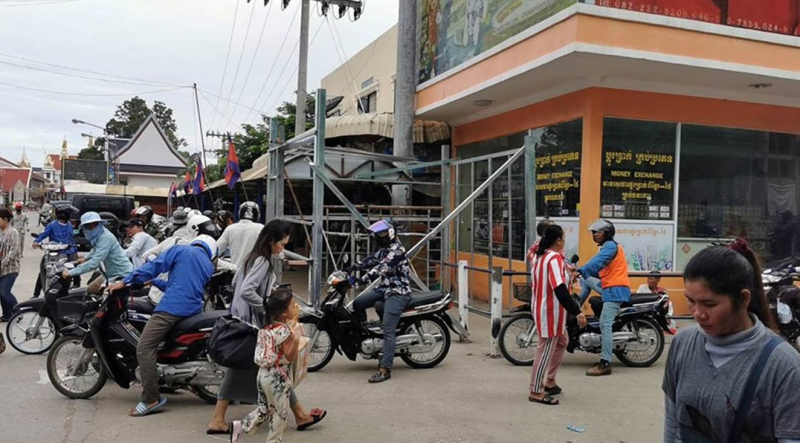 Long queues at the Thai-Cambodian border checkpoint in Sa Kaew province since August 9 has given rise to angry comments on social-media, with angry travellers putting the delays down to bribe-taking, which has prompted local authorities to look into the problem and seek urgent solutions.

Aranyaprathet district chief Sawanit Suriyakul na Ayutthaya said Cambodian immigration officials denied taking bribes and put the delays down to there being a larger number of travellers during the longer weekend break.

He also said that the delay had been caused by a stricter screening on the Cambodian side because many Thai tourists failed to obtain a special pass for travelling further inside the country.

Cambodian immigration has since opened four permanent counters as well as a new counter for Thais working in Poi Pet. Thai workers have been permitted to have their travel documents stamped seven days ahead, Sawanit said.

Also, he said, the duration of the border pass has been extended to seven days and entry visas to 14 days.