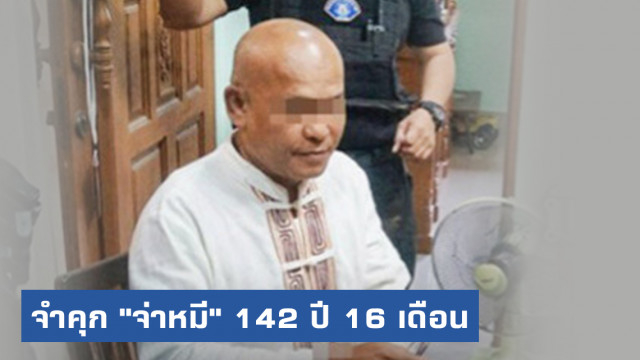 A former Phatthalung-based police officer was sentenced to 142 years and 16 months in jail for raping and molesting an 11-year-old boy between November 2016 and March 2017. The term was later reduced to 50 years as it is the maximum prison term allowed by Thai law.

However, noting that Prapas had paid Bt250,000 in compensation to the victim’s parents bringing the civil lawsuit to an end, the judge said that Prapas as a policeman who has committed such heinous crimes is not entitled to a suspended jail term. Finding Prapas’ confession useful to the case, the judge halved his jail term to 71 years and eight months, though he can only serve a maximum of 50 years behind bars according to Thai law.

Prapas was arrested at home late last year, where police confiscated his two mobile phones, a computer, a tripod and video clips of child sex abuse. Police also rescued a boy during the raid. During initial interrogation, Prapas confessed to his crime.

Thai police first received a tip-off in January last year from Australian police, who said there was a policeman in the South of Thailand who went by the handle “Jah Mhee”, and had previously been implicated for sharing child-sex content with previously arrested suspects in Australia. The Department of Special Investigation and the Police's Crime Suppression Division officers launched a joint investigation and gathered sufficient evidence to arrest the cop in November last year.