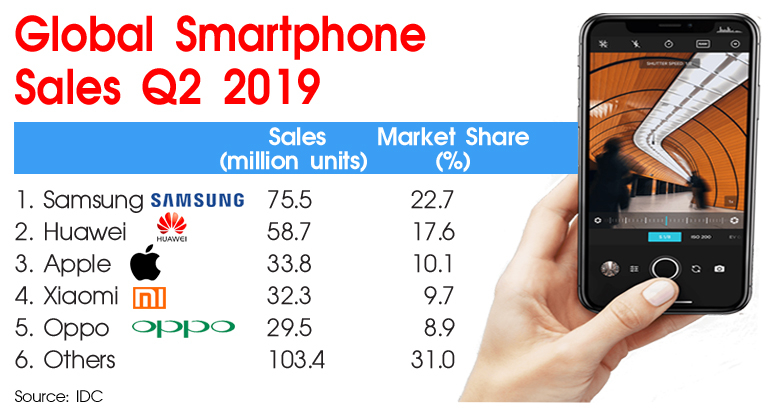 According to the International Data Corporation (IDC) as many as 333.2 million smartphones have been sold globally in the second quarter of this year, showing a 2.3 per cent drop from the same period last year but recording a 6.5 per cent rise from this year’s first quarter.

Statistics show that the biggest drop in sales has been in the US and China, though the markets in Asia Pacific, Southeast Asia and India are still growing.

IDC analysis also reveals that the top three smartphone market leaders are losing their market share to newcomers like Xiaomi, Oppo and Vivo at the fourth, fifth and sixth positions who are enjoying a rise in sales.

Apple has suffered the most, with sales dropping 18.2 per cent in the same period last year from 41.3 million to 33.8 million units sold.