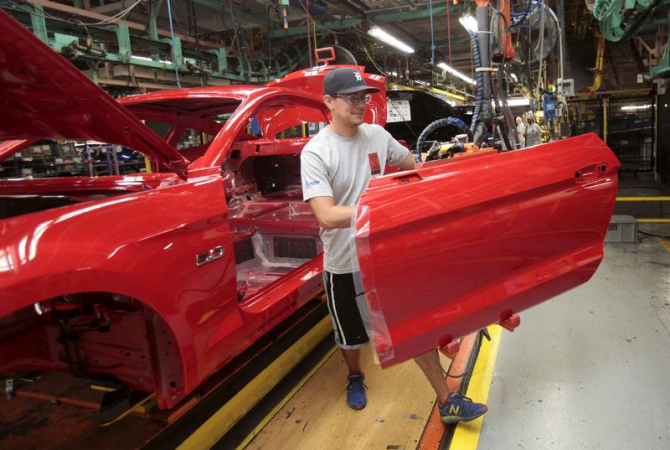 WASHINGTON - The recent increases in US tariffs against imports are seen to be pushing up prices and reducing profits for American manufacturing and service firms, according to a report recently published by the Federal Reserve Bank of New York, according to Xinhua news agency reports.

"When asked how much, if at all, recent increases in tariffs have raised input costs-either directly or indirectly - 79 percent of manufacturers and 60 percent of service firms said at least slightly," the New York Fed said Friday in a report based on supplemental questions to the August Empire State Manufacturing and Business Leaders Survey.

Around 14 percent of manufacturers and 12 percent of service firms characterized the increase as substantial, the report showed, noting "the data illustrate a considerably more widespread effect of higher input costs among service firms than in last year's survey."

Businesses were also asked how they saw changes in trade policy affecting the prices they pay, their selling prices, and other measures in 2019 and in 2020.

The report offered fresh evidence that tariffs are hurting US manufacturing and service firms and the overall economy. Business groups have urged the US government to remove all additional tariffs to avoid higher costs to American families and businesses.

"Instead of picking temporary winners and losers and holding the U.S. economy hostage, it is time to reach an agreement that finally puts an end to the trade war," Tariffs Hurt the Heartland, the national campaign supported by over 150 of America's largest trade organizations, said recently in a statement.