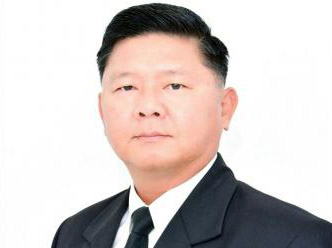 The Government Lottery Office have launched two apps for checking real lottery buyers and for reporting overpricing as a measure to prevent overcharging for lottery tickets.

Boonsong Chanthreesi, director of the GLO, said the office has launched My GLO app for lottery vendors to download and GLO lottery app for buyers to use.

Boonsong said lottery vendors must use My GLO app to identify themselves by specifying their names and their location of sale as well as sale quantity, so that they GLO would learn the real identities of lottery vendors.

Boonsong said the GLO would gather the data from the My GLO app for three months or until October or November as they check on the authenticity of vendors. He said those who have bought lottery tickets for reselling to other vendors would see their quota terminated.

On the other hand, buyers would be able to use the GLO lottery app to report vendors who sell the tickets at prices higher than their face value of Bt80. The app can also be used to check whether their tickets had won a prize.

Boonsong said the reports by buyers of outlets selling overpriced tickets would be used to terminate the ticket purchasing quotas of vendors.

Boonsong said the GLO had printed 100 million tickets in advance of two lots – the August 1 and August 16 draws – as a measure to prevent overpriced lottery tickets.

He said the measure was quite successful as most vendors were found to sell at the face-value price of Bt80. He said only those tickets with the end two digits of “22” were found to be overpriced as buyers speculated the two digits would win the two-digit price.