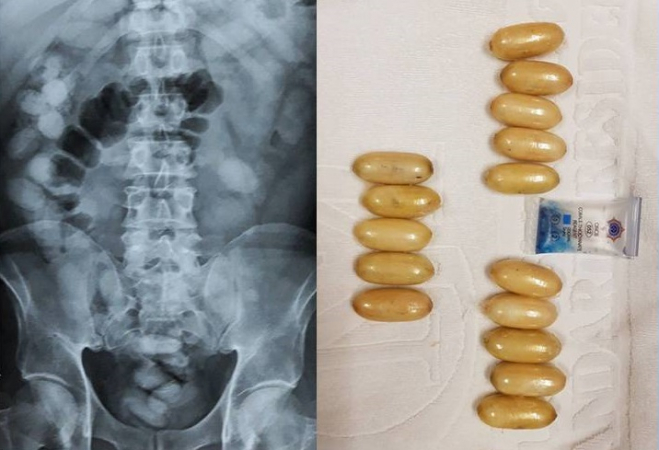 A Kenyan trying to enter Thailand was arrested at Suvarnabhumi International Airport this week after it was allegedly discovered he’d swallowed 68 capsules of cocaine weighing a combined 1,200 grams.

A Nigerian who allegedly hired him and others to bring drugs into Thailand and other Southeast Asian countries was subsequently taken into custody, Office of the Narcotics Control Board (ONCB) chief Niyom Termsrisuk announced on Wednesday. Niyom said Airport Interdiction Task Force officers arrested 43-year-old Glenn Chibasellow Ooko at the airport and then 40-year-old Joseph Ukpa Osita in Bangkok. 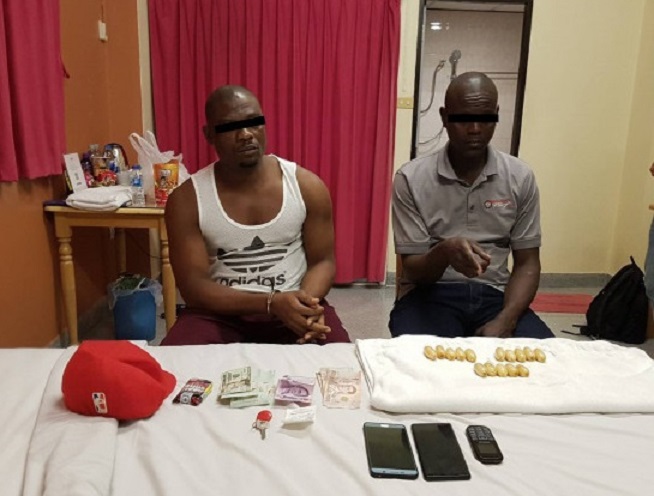 He said the task force had arrested 43 people between October 2018 and last month. Thirty-six were trying to smuggle drugs out and seven to smuggle drugs in. They intercepted 21,685 grams of crystal meth (“ice”), 24,100 grams of heroin, 30,478 ecstasy pills, 25,190 grams of cocaine and 32,214 grams of ketamine at the various international airports.

Niyom warned Thais travelling abroad, especially to Japan, to spurn strangers asking them to carry anything on their behalf. They could be duped into smuggling narcotics. He said there were cases of Thai travellers being arrested for attempting to smuggle drugs into Japan, most often women lured by the promise of free passage if they carried drugs in their luggage. Anyone with information about possible trafficking activity can call the 24-hour ONCB hotline at 1386.