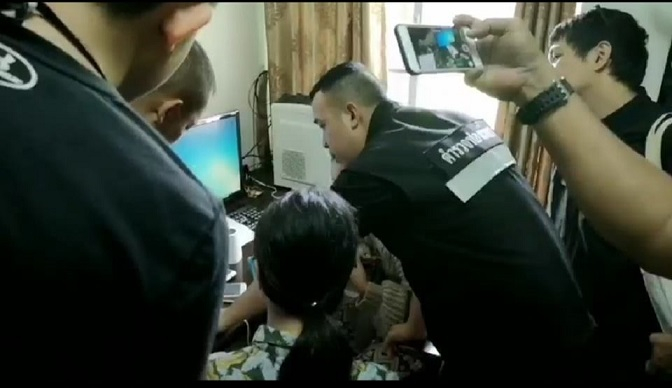 The website reportedly attracted thousands of punters and earned them hundreds of thousands of yuan on a daily basis.

Police showed up at the house at 12.30pm armed with a search warrant and arrested the two women, aged 25 and 26, for conspiring to operate a gambling website without permission and seized two desktop computers, three laptops, one tablet and four cellphones.

The suspects reportedly confessed that an investor had rented the luxurious house and had hired them for a daily wage of 400 yuan (Bt1,700) each to run the gambling website and upload advertisements on the site for 12 hours a day. They reportedly said they had been doing this job for a month now.