The sea tragedy of Marium, the beloved orphaned female baby dugong of Thailand that died from eating plastic, reveals the awkward truth about the serious threat of ocean debris.

The orphaned dugong was found by marine biologists in April in southern Thailand.

She became an internet star after her caretakers released videos of her nuzzling up to human babysitters. A little later, the Department of Marine and Coastal Resources had to post on their Facebook page that Marium was sick and refusing food. She died as August 17 began, aged eight months.

An autopsy revealed that pieces of plastic blocked the young mammal’s intestines, which later became inflamed and caused gas in her digestive system, followed by blood infection and lung abscesses, which caused shock leading to death.

Dugongs are listed as “vulnerable” on the IUCN Red List, as their population continues a slide caused by environmental threats including pollution, habitat destruction, fishing nets and hunting.

After the death of Marium, officials announced a “Marium Project” with the goal of reducing ocean plastic in order to conserve the remaining dugong population in Thailand.

Prime Minister General Prayut Chan-o-cha on August 20 called on all Thais to help the government achieve its goal of keeping the seas clean of plastic.

“I regret not having visited Mariam as I heard her condition [after being washed ashore in late April] was improving, but then she fell sick,” the Prime Minister said. “It’s a real pity that Mariam’s stomach was found filled with plastic, which is the kind of garbage that takes 450 years to disintegrate.”

Thon Thamrongnawasawat, the vice dean of the Faculty of Fisheries at Kasetsart University, posted on his personal Facebook that he will propose that August 17 be declared Dugong Day in remembrance of Marium and to raise awareness of pollution in Thai waters. 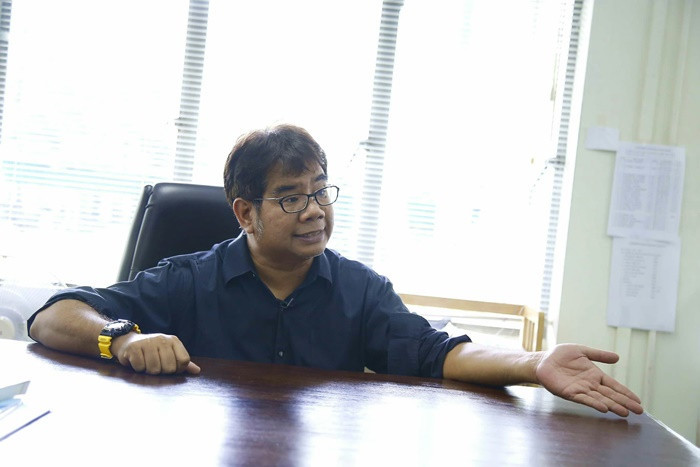 The Marium Project aimed to increase the dugong population by 50 per cent within a decade to 375 dugongs from the current estimated 275. Thorn said that 90 per cent of dugong deaths were caused by fishing gear.

This project will become active first around Libong island and later expand to 11 other dugong habitats that boast abundant seagrass growth, including Phra Thong island, the Prasae River delta and Bandon Bay

He said during a live Facebook interview with Suthichai Yoon that the national government already has the proper tools available, including a marine protected area law. The regulators just need more staff to be able to address the problems in all dugong habitats.

Thorn suggested the government should focus on speeding up their measure to ban single-use plastic, which Prayut said would be in place for 2022.

By the end of this year, Thailand will be free from producing three types of plastic – microbeads, cap seals and oxo-degradable plastics – and from four other types of single-use plastics by 2022, under the Plastic Waste Management Road Map 2018-2030.

While the government has begun efforts to raise awareness among Thai people, the private sector has launched promotion campaigns to decrease plastic waste and debris in Thailand.

Nanyang Industry company cooperated with Trash hero – a sea waste-collecting volunteer group – to promote the KHYA project that uses sea debris, especially plastic and old shoes, as the key component of flip-fops. Recycled KHYA flip-fops use 5 kilograms of sea debris per pair. That campaign will end on August 23, with the company expecting approximately 200 pre-ordered purchases, which will decrease sea waste by about 1 tonne.

As well, SCG Chemical has donated 20 garbage-collecting buoys to the Department of Marine and Coastal Resources. The buoys will be installed in 13 provinces including Phetchaburi, Rayong, Samut Songkhram, Nakhon Si Thammarat, Phang Nga, and Phuket for the pilot sea debris collecting project.

However, after the announcement of the “Marium Project”, another dugong body was found in Krabi a day later – the 16th dead dugong found on the Andaman coast.

Despite the beauty of Thailand’s sea, which attracts tourists from all over the world, this is the world’s sixth-largest contributor of plastic waste flowing to the oceans – at more than 1 million tonnes yearly.

According to a Ministry of Natural Resources and Environment report, most marine waste comes from tourist areas and includes plastic water bottles, glass bottles and foam food containers. That is followed by fishery waste such as rope and nets, along with other kinds of waste such as plastic bags, water lids and cigarettes butts. There is also waste from various activities involving individual, household or industrial actions. These wastes are released into various waterways, from canals to rivers, and end up in the oceans.

The huge volume of debris from Thailand highlights the poor waste management and environmental protection measures now in place.

Inefficient waste management is the result of a series of causes acting together. Some say the biggest problem is people’s lack of awareness, resulting in 1.1 kilograms of waste being generated every day by each person in Thailand as they choose single-use plastics instead of bringing their own containers. Most plastic containers are made of non-degradable plastic which takes more than 450 years to break down. Some Thai people don’t see any personal benefit in household waste management and recycling, which is reflected in the lack of sorting of waste before it is put out. The majority of people still consider littering as the easiest way to get rid of waste.

Moreover, the government’s lack of legal measures to reduce the amount of waste produced, such as prohibiting the use of plastic bags or putting a plastics tax on the manufacture and import of plastic packaging.

Achieving a sustainable solution requires the cooperation of many parties. The solution includes a systems approach in order to change attitudes and behaviours at the individual level, such as improving sorting of household waste and using reusable containers to avoid throwing away plastic. Increasing the public’s awareness of the need to reduce and avoid using plastic is an approach to problem-solving that digs to the root of the problem.