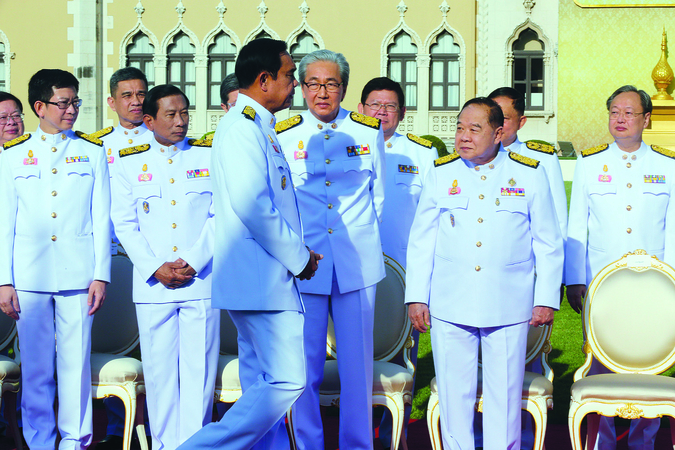 Deputy Prime Minister Wissanu Krea-ngam plans to initiate a Cabinet discussion on Tuesday (August 27) to prepare for an upcoming House debate over a perceived flaw in the way the prime minister was sworn into office.

The opposition maintains that Prime Minister Prayut Chan-o-cha did not strictly adhere to the constitutionally mandated wording of the oath of allegiance to the King when he was sworn in and is thus disqualified.

The chief coalition whip expects the House to debate the matter early next month.

Wissanu said he will ask the Cabinet to name a representative to respond to the opposition on the prime minister’s behalf and will advise the designated person on strategy.

Six academics and lawyers on Monday jointly filed a complaint with the Office of the Ombudsmen to investigate officials of the Cabinet Secretary for failing to prepare the proper wording for Prayut to read when taking the oath.

Wiwatchai Kulamart, a lecturer at Ramkhamhaeng University, said Prayut should not be blamed for someone else’s failure to provide the correct wording for the oath.

The blame rests with the Cabinet, he said.

He said Prayut’s mistake was “trivial and unintentional” and he should be allowed to take the oath again.