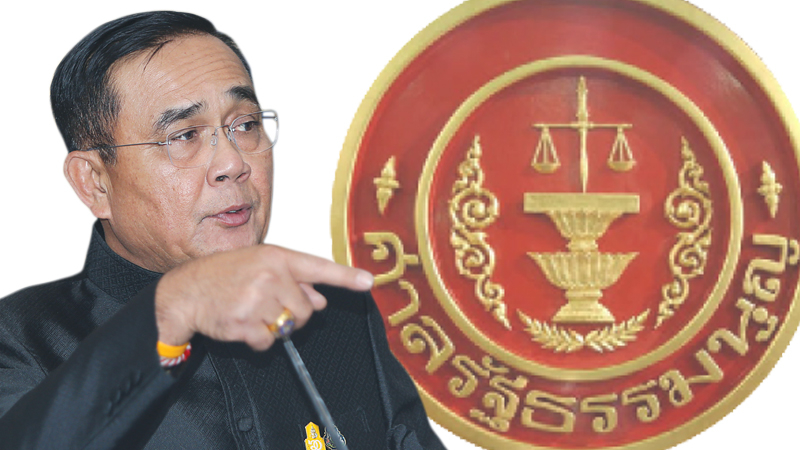 The Constitutional Court announced Tuesday that it will read its ruling in the case against Prime Minister General Prayut Chan-o-cha’s constitutional qualifications next month.

In a press statement, the court said that the ruling will be read at 2 pm on September 18.

The opposition has alleged that Prayut was not qualified to contest the March 24 election as candidate for prime minister of the Phalang Pracharat because he was at that time an “other state official” holding the post of chief of the National Council for Peace and Order. The opposition pointed out that Article 98 prohibits “other state officials” from contesting an election.

The House speaker forwarded the complaint to the court for a final decision.

In the press statement, the court said since the case concerns a dispute over a legal technicality, the judges do not deem an inquiry necessary and will thus make known their ruling to the two sides on September 18.