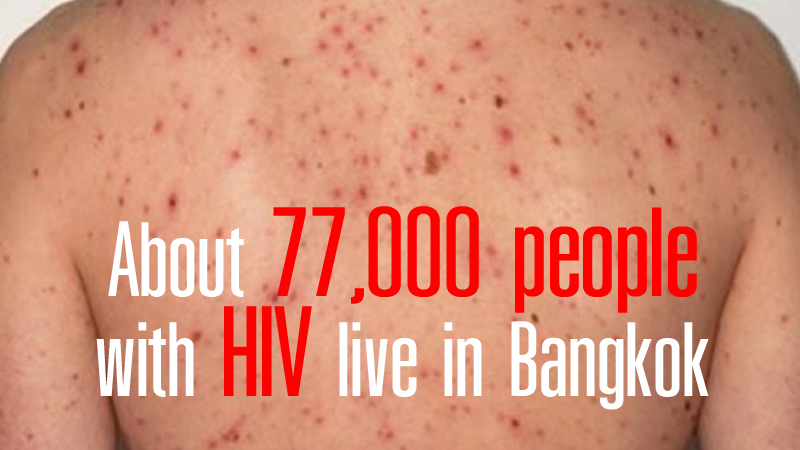 An estimated 77,500 people with HIV are living in Bangkok, with 1,190 of them contracting the virus this year, a deputy Bangkok governor said.

Pol Lt Gen Sophon Phisutthiwong, deputy governor of the Bangkok Metropolitan Administration, unveiled the figures on Tuesday while chairing a meeting on the measures for monitoring people with HIV via the Bangkok Smart Monitoring System. The meeting was attended by 150 nurses and computer operators of BMA hospitals.

Sophon said during the meeting that the BMA ratified the Fast-Track Cities 90-90-90 contract on World AIDS Day in Paris on December 1, 2014 to try to prevent more people from contracting the virus and to provide care for people with HIV.

Sophon said 628 of the 1,190 identified as having become infected with the virus this year are under 25 years of age.

He said the monitoring system found that 1,877 people died of AIDS-related complications this year.

Sophon said the information from the National Aids Programme of the National Health Service Office showed that 55,123 people with HIV in Bangkok are receiving anti-viral drugs and 41,893 of them have viral level of less than 1,000 copies/ml of blood.

Sophon said the BMA would use technology to ensure that the people with HIV in the capital would have good quality of life.