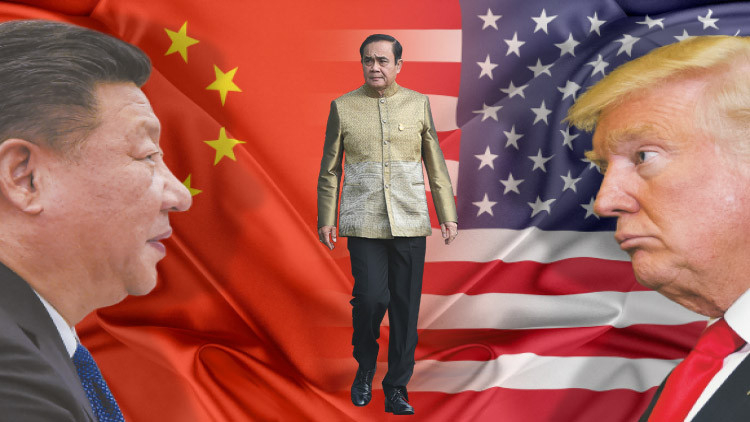 American companies are seriously interested in moving production to Thailand as there is no immediate end in sight to the escalating trade war between the United States and China, US-Asean Business Council president Alexander Feldman said.

On August 23, President Donald Trump ordered US companies to leave China and find new production bases. Trump countered Beijing’s latest tariffs on $75 billion (Bt2.3 trillion) of US goods by slapping further tariffs on $550 billion worth of Chinese products and machinery. Amid the trade tit-for-tat, US companies are seeking new production bases and Thailand is one of them.

But before the US-China trade battle even began, Harley-Davidson decided in 2017 to relocate to Thailand, though Trump warned the company last year not to take the step, threatening to tax the company for offshore manufacturing and saying the iconic American motorcycles should “never” be built outside the United States.

Feldman said many think of Vietnam as the nation that would benefit the most from the trade war, with some US companies already shifting manufacturing to the Asean country. But with the Vietnamese labour market seeing signs of strain, some firms are seeking production bases in other parts of Asia, including Thailand, he added.

Feldman revealed that three known brands have started to move bases and people from China to Thailand. He did not name the companies, but said their value ranged from “hundreds of millions of dollars and maybe more”.

Shifting to Thailand is a long-term trend, he said.

Vietnam is benefiting from the trade war in the short term. However, the country is witnessing a trade surplus with the United States, which might affect the free-trade agreement between the two nations, Feldman said.

He added that he met Vietnamese Prime Minister Nguyen Xuan Phuc earlier this year, and the premier was concerned about the trade deficit, which increased by 22.9 per cent in June compared to a year ago.

This US could take measures if the deficit continues to increase, Feldman said.