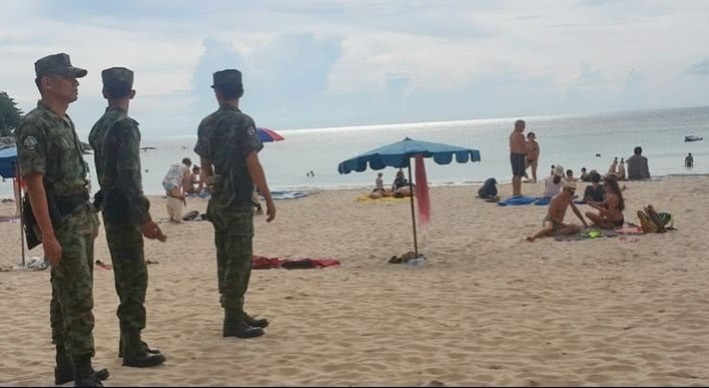 Rescue workers and officials on Monday continued to search for a Chinese tourist who was swept away while he was swimming with six other friends off Freedom Beach in Phuket on Sunday evening, around the same time when three other foreign tourists – about to drown after violating a red-flag warning on Patong Beach – were saved in the nick of time by lifeguards.

The 35-year-old Chinese man, identified as Yin Lei, was swept away around 7pm amid strong winds and waves, and rescue workers couldn’t find him even at night. They resumed a search for him on Monday morning.

On Sunday evening, a Chinese, an Arab and a European entered the sea off Patong Beach, violating a red-flag warning against swimming due to strong winds and waves, but Patong lifeguards came to their rescue when the three almost drowned. They were rushed to Patong Hospital in a conscious state.