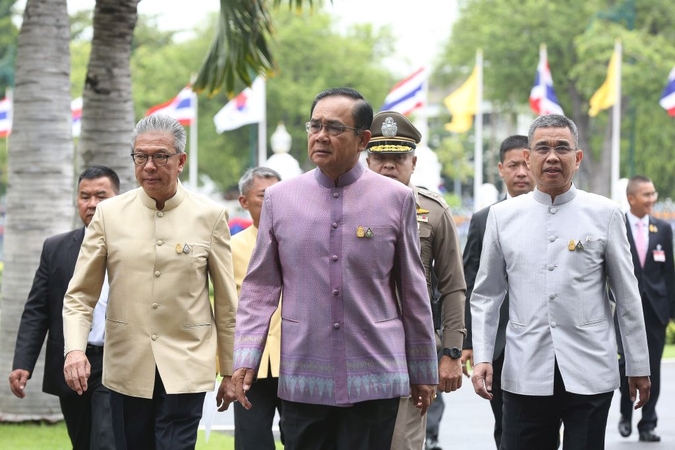 The coalition whips have asked the Cabinet to make a decision on the date for holding a House debate on the allegation that Prime Minister General Prayut Chan-o-cha and his Cabinet failed to complete the wording of the oath as required by the charter.

PM’s Office Minister Tewan Liptapanlop, who is also an adviser to the coalition coordination committee on parliamentary affairs, said the whips have resolved to ask the Cabinet to select September 11 or 12 for the debate.

Tewan said he is not sure that the Cabinet will make a decision on the date today, noting that the decision would depend on the whether the prime minister and his Cabinet members are scheduled to be tied up with other missions on those days.

The opposition has alleged that Prime Minister failed to say that he would adhere to and protect the charter when he led his Cabinet to take the oath in front of the King. The opposition said such a failure was unconstitutional and the office of the current Cabinet should be considered invalid.