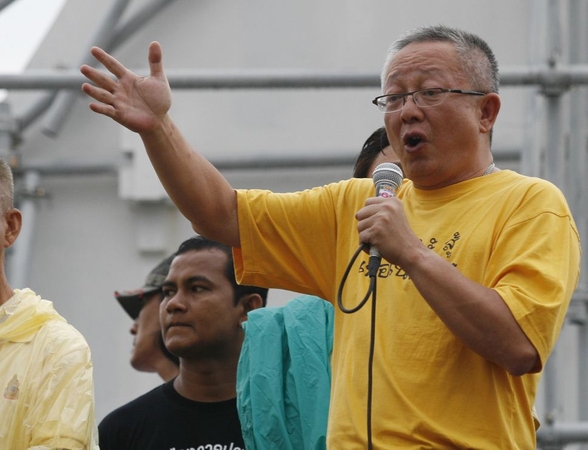 Sondhi Limthongkul, the former leader of the yellow-shirt nationalist movement, has been released from prison after qualifying for a royal pardon.

Sondhi Limthongkul, the former leader of the yellow-shirt nationalist movement, has been released from prison after qualifying for a royal pardon.

Rights and Liberties Protection Department director-general Naras Savestanan said on Wednesday the 72-year-old co-founder of the People’s Alliance for Democracy (PAD) had served three years and one month of the 20-year sentence he was given for falsifying loan documents through Krungthai Bank.

Naras said there was dispute among members of a judiciary committee as to whether Sondhi was qualified for early release, but the majority sanctioned the pardon.

He benefited from an earlier exception granted to an inmate whose complaint citing similar qualifications was accepted by a Justice Ministry parole panel.

Sondhi was released from Bangkok’s Klong Prem Prison at 3pm on Wednesday, about three hours after the authorisation arrived from the Criminal Court.

He was seen being picked up at the gate by a son and another former PAD leader, Parnthep Wongpuapan.

A ministry source said there was no political motivation or influence in releasing Sondhi and noted that Sondhi did not personally request the release, but rather benefited from the parole panel’s decision in another case.