Police raided targeted locations in Chiang Mai’s Fang and Mae Ai districts to arrest eight drug suspects and seize 220 assets worth Bt150 million to see if they were sourced illegally.

The seized assets include an office registered under Wannasiri Partnership Limited in Mae Ai and another in Fang, as well as five commercial buildings, 22 plots of land, Bt324,280 in cash, 47 cars, three backhoes, seven motorcycles, one yacht, three guns, six gold ornaments, four horses and 45 pigs. 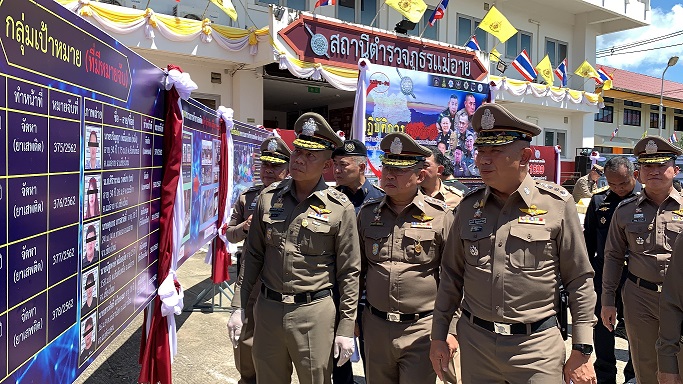 Police said the gang had operated in a similar way to the two drug-trafficking gangs in the North that had seen its members being arrested in four different drug busts. The first bust was on May 8, 2016 in Lampang province in which two male suspects were nabbed with 15.5 kilo of heroin; second on the same day in Chiang Mai’s Fang district in which a man and a woman were caught with 2.28kg of heroin; third on November 14, 2018 in Narathiwat province in which four suspects were nabbed along with 18.88kg; and fourth on May 11, 2019 also in Narathiwat in which a man and woman were nabbed with 7.6kg of heroin.