Pinnapa Prueksaphan tearfully listens to a report from deputy Department of Special Investigation chief Pol Lt-Colonel Korrawat Panprapakorn about the death of her husband Polajee “Billy” Rakchongcharoen, who had mysteriously disappeared five years ago. The activist’s remains were discovered in a 200-litre oil drum dumped near a bridge connecting Kaeng Krachan Dam in Phetchaburi province. (Nation/Rachanon Intharaksa)

Prime Minister General Prayut Chan-o-cha has called on the Department of Special Investigation (DSI) to solve the disappearance-turned-murder of Karen activist Polajee “Billy” Rakchongcharoen as soon as possible, saying nobody will be able to get away with this.

Prayut said that the DSI has set a three-month timeframe for the case, adding that the investigation will be done by the book.

The DSI executive said he provided the explanation to clarify any doubts Pinnapa may have, as she will later be a co-plaintiff in the murder case.

Saying that the agency has some idea about who might be behind the murder, Korrawat added that the agency will investigate the case in a straightforward manner and will do what it can to solve it as soon as possible. He also said that eight of the 20 or so bones found in the spot where a 200-litre oil drum was dumped have been confirmed to be human and that the Central Institute of Forensic Science was conducting DNA tests on them.

The oil drum containing Billy's bones had been dumped near a bridge leading to the Kaeng Krachan Dam.

Pinnapa, reduced to tears upon hearing details of her husband’s killing, admitted that though she has confidence in DSI’s investigation, she is still worried that some influential figures may intervene to dampen the efforts.

She also explained that traditionally, Karen people either bury or cremate the dead and do not scatter the remains. Her comment was in relation to a previous report that some locals may have “arranged” a “Loy Angkhan” or scattering of remains ritual at the spot where the oil drum was found. This suggestion that the spot had been used for such purpose by others was seen as a move to discredit DSI’s report on the finding of activist's bones. 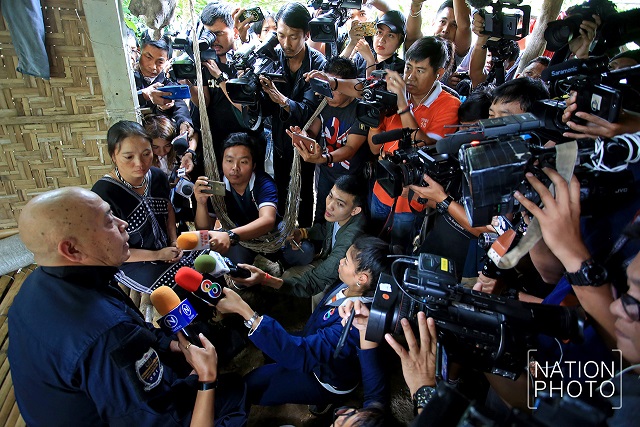 When asked if the images found in Billy’s flash drive of an influential group felling trees might be a motive for the murder, Korrawat said the photos are part of the evidence. He then asked the reporters to leave the house and wait for him at a local police station so he could have a private conversation with Pinnapa.

The DSI deputy chief later led reporters to the area where the oil drum was found and called on the chief of Kaeng Krachan National Park to seek cooperation in the investigation.

Meanwhile, Kerdchoke Kasemwongjit, director-general of the Department of Rights and Liberties Protection under the Justice Ministry, said officials from his agency’s “Justice Care” project have told Pinnapa about the aid she is entitled to and that additional compensation will be discussed at a meeting on September 12. According to regulations, Billy’s relatives are entitled to Bt100,000 in compensation for his death, funeral assistance and for the death of a breadwinner, he said.

Kerdchoke also said that Pinnapa has asked for additional aid to support her two school-going children. He said the department will take this request into consideration and will coordinate with the children’s school to get details about the costs before raising funds.