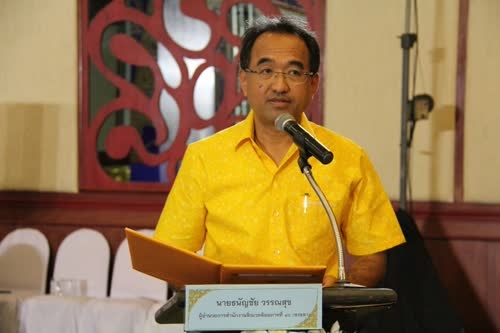 Residents of the southern province of Songkhla have been warned to brace for smog coming in from Sumatra in one or two days as Indonesia on Tuesday witnessed the month’s peak of 247 hotspots, said Thananchai Wannasuk, director of Regional Environmental Office 16 based in Songkhla.

However, the PM2.5 level – airborne particulates 2.5 microns or less in diameter – in Songkhla at 8-37 micrograms per cubic metre of air on Tuesday, are within the Thai safe level of 50 mcg, thanks to heavy rains and the wind direction shifting towards Malaysia, Thananchai said.

“What Songkhla and the lower southern provinces have to beware of despite the lower PM2.5 level today [Tuesday] is that Sumatra reported 247 hotspots, which is the month of September’s peak, and the smog would take a day to reach here,” Thananchai said, adding that the month’s previous peak was on September 9 with 206 hotspots.