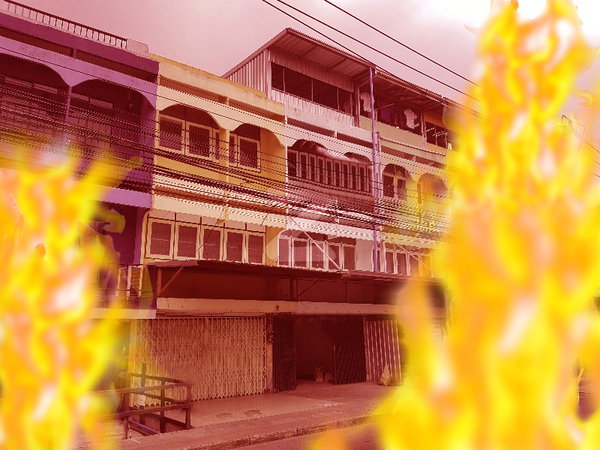 A fire broke out and swept through a shophouse selling and storing garments in Bangkok’s Bobae market area late Wednesday night, police said.

Fire fighters had to break open the foldable iron door to go inside to douse the flames. It took about an hour to bring the blaze under control.

The fire broke out on the second floor and quickly spread to higher floors of the seven-storey shophouse, police were told.

The shop owner, Parinda Phaisalcharoenwong, 28, said the shop has been selling clothes for 20 years. The shop is located on the ground floor and the second to sixth floors are used for storage while the shop workers are housed on the seventh floor.

She said all 10 workers managed to escape via another unit of the shophouse building so no one was injured.

Parinda lives in another house and rushed to the scene after neighbours alerted her to the fire. She has yet to estimate the cost of the damage. Police are looking into what caused the fire.