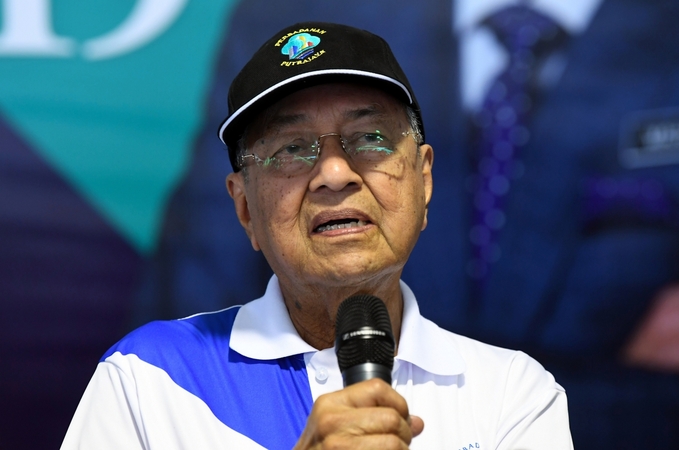 PUTRAJAYA: Malaysia has always wanted to create a long-term plan to tackle the haze, but it will require cooperation from other countries, says Tun Dr Mahathir Mohamad.

“It requires the cooperation of other countries, so until we get that cooperation, it is not possible for us to have any tangible plans, ” the Prime Minister said when asked whether Malaysia planned to draw up a long-term plan to prevent the haze.

Asked whether the countries whose cooperation was required included Indonesia, Dr Mahathir said: “Indonesia, and other countries, maybe.”

Dr Mahathir was also asked whether he had written to Indonesian president Joko Widodo about the haze.

On Friday (Sept 13), Energy, Science, Technology, Environment and Climate Change Minister Yeo Bee Yin was reported to have said that a letter would be sent by the Prime Minister’s Department to the Indonesian president on the subject of the trans-boundary haze blanketing parts of Malaysia.

On another matter, the Prime Minister was asked to comment on PKR deputy president Datuk Seri Azmin Ali’s appearance at a recent Bersatu anniversary event.

Asked whether there was any possibility of Azmin joining Bersatu, Dr Mahathir said Azmin has not made any application.

“If he makes an application, then we will consider.”

When asked for his views on the signing of the cooperation charter between Umno and PAS, Dr Mahathir said that what the parties do is important.

“If you are there to stir up racial feelings, I think it is wrong, but I cannot understand how Umno and cooperate with PAS, since Umno is kafir (infidel, as PAS had accused Umno of in the past).”

On another subject, Dr Mahathir was asked about a letter that has been circulating saying that he gave approval for a company to be awarded a direct tender for a building construction project in Tunjong, Kelantan.

Dr Mahathir said he had no knowledge of the matter and would have to check on it.

“Maybe they had already been awarded the project before this. We found that when Pakatan Harapan took over the Government, we stopped all contracts, giving rise to problems because many workers had no jobs; contractors suffered losses.

“I don’t know which case this involves, ” he said.

On the inaugural Putarajaya Boat Race 2019, Dr Mahathir said the event, which was his brainchild, was organised as he wanted Malaysia to emulate the famous boat races in other countries involving the respective nation’s top universities.

The Prime Minister said such an event could help draw in tourists, both local and foreign.