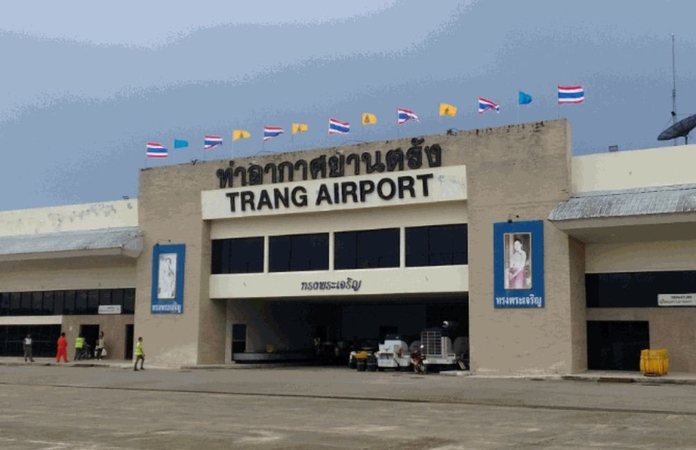 A number of residential properties located near the Trang airport have been suffering structural damage from the turbulence of airplanes taking off and landing, apart from roaring engine noise, for 19 years.

Their problems will likely get worse when expansion work of the airport starts, doubling its role to also serve as a customs-clearance facility.

Deputy Transport Minister Thavorn Senniam earlier today led an inspection tour to the airport and visited the 29 damaged houses with cracks on the walls and in danger of crumbling.

The homeowners had said they would like their properties to be expropriated to make way for the airport's expansion, so that they could live elsewhere.

However, the Department of Airport explained that the plots earmarked for the airport's expansion were state properties and would be used free of charge. Thus, it turned down the homeowners' offer.

The Bt678-million expansion work will start this year, and scheduled for completion in 2021.