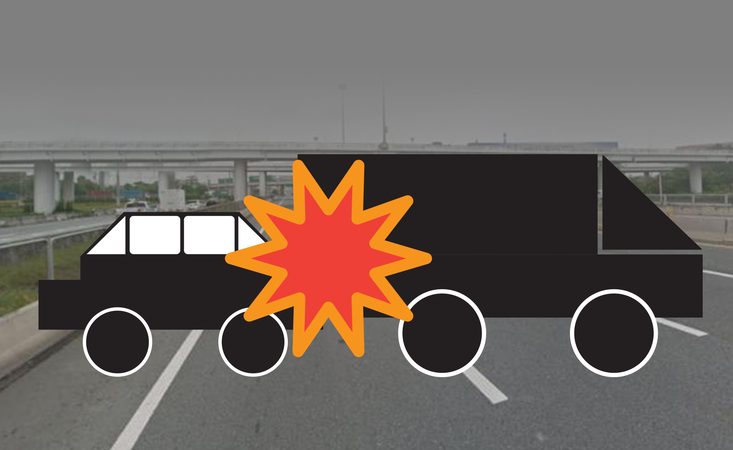 A six-wheel truck hit the rear of a passenger van parked in the left lane of the outbound Bangkok-Pattaya motorway, causing it to hit another van stopped in front in a pileup that injured 20 people early Thursday, police said.

Highway police said the accident happened at 2.30 am on the bridge over the railway at the kilometre marker No 18+900 of the motorway in Thap Yao sub-district in Bangkok’s Lad Krabang district.

Passengers and drivers told police that a tyre had burst on the van, which drew over onto the hard shoulder. A second van parked behind it to help change the tyre.

Chatree Wantha, 56, the driver of the first van, was also injured. He was holding a flash light so the driver of the second van could see while he was changing the tyre. Chatree was hurled by the impact onto the bridge but landed on the grass and suffered only slight injuries.