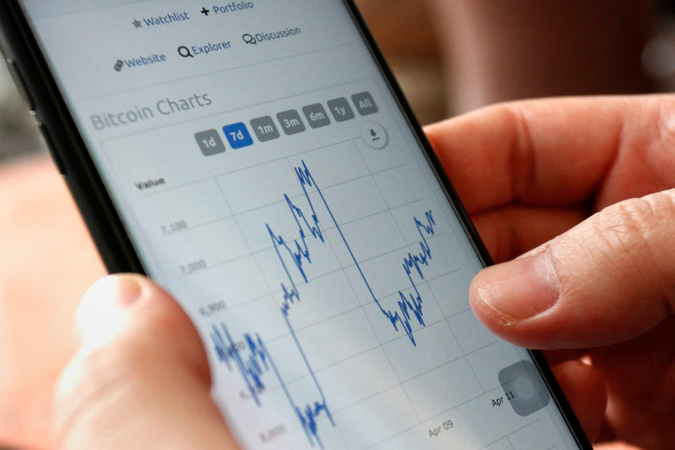 An overview of digital strategies across Asia in light of the first ever annual Digital Economy Report released by UNCTAD last week.

It came at a time when countries across Asia have been grappling with a complex digital future.

On the flip side, there are concerns of the cost of the emerging digital economy in terms of loss of traditional employment sectors, eroding the right to privacy, abetting authoritarian state-control of citizens’ lives, causing a spike in cybercrimes and, according to some, promoting a deracinated, atomised existence for human beings.

On balance, as Andrew Sheng writes for Asia News Network: “No economy today can afford to be complacent… We need a root-and-branch review of how to compete in a complex digital world.”

Yet, the world is only in the early stages of the data-driven economy.

The geography of the digital economy is highly concentrated in two countries, China and the USA, which also have 90% of the market capitalization value of the world’s 70 largest digital platforms. Half of the world remains offline and in LDCs (Least Developed Countries) only one in five people has internet access.

Sheng says he is optimistic about digital economies in Southeast Asia. “Indonesia, Vietnam and Philippines have the scale, with populations over 100 million each. ASEAN’s real strength is its young population already being digitally savvy and moving into middle/higher income ranges…

“It is precisely because the ASEAN countries have youth, diversity of culture and access to world-class knowledge, as well as strategic geographical location, that they will become the cutting-edge digital future,” he writes.

In Vietnam News, Vo Tri Thanh and Do Le Ngọc Bich point to the ride-hailing firm Grab investing US$500 million in Vietnam over the next five years, just a month after it announced a $2 billion investment in Indonesia.

“Grab’s investment decisions are manifestations of the potential development of the digital economies of the two ASEAN countries which have ‘similar characteristics’,” say the authors.

But Grab isn’t just stopping there. It is accelerating its expanding business that now includes food delivery, digital payments and digital content by investing $150m in AI to build a regional super app, according to The Straits Times.

The five-year plan, which the government views as part of the nation’s preparedness for the Fourth Industrial Revolution, is a crucial infrastructure project starting this year that will provide nationwide, high-quality and affordable digital connectivity across the urban-rural divide.

Indonesia is set to become the region’s largest digital economy over the next few years while Vietnam is working on a national digital transformation project which aims to position it as a leading digital economy of ASEAN by 2030.

Singapore, meanwhile, has implemented its Smart City initiative and Thailand has plans to develop digital capacities in all economic sectors.

ATKearney research shows ASEAN has the potential to enter the top five digital economies in the world by 2025, however, and implemen­tation of a radical digital agenda could add $1 trillion to the region’s GDP over the next 10 years.

The real challenge in formulating digital strategies for countries in the region is, of course, that of inclusiveness. There are uneven skills sets and different strengths/weaknesses across the region which ASEAN as a bloc will have to address over and above its members’ national agendas.

For example, the UNCTAD report states that while South Korea and Singapore top the charts in companies receiving orders online, Thailand fares poorly in business digitalization.

But some of the most innovative ways of making the digital economy work for citizens are also being attempted in Thailand. According to The Nation, the country’s digital economy minister is empowering senior citizens by creating and giving them access to an online network to look after their health concerns as well aid the government in countering fake news.

The ministry has sought a Baht 21-billion budget for fiscal 2020 and plans among other steps to set up 10,000 free WiFi hot spots in rural areas as part of the government’s Thailand 4.0 drive. The establishment of an ‘anti-fake news’ centre is also on the cards.

In South Korea, which has a strong legacy of digital innovation, start-ups are already brainstorming on how they can solve tech savvy Seoul’s urban problems using AI and IoT.

As many as 50 homegrown start-ups honing their tech capacity in sectors ranging from ultrafine dust management to household waste treatment and fire prevention participated in the government-hosted ‘Start-Up Seoul: Tech-Rise 2019’ event on 5-6 September, where they gained access to venture investors and corporate representatives, reported The Korea Herald.

In the Philippines and Vietnam, on the other hand, the emphasis of the digital economy is on the job opportunities being created.

It may seem counter-intuitive given the emphasis on the young driving the digital economy but, as a report in the Philippine Daily Inquirer brings out, many Filipinos including those aged 50 and above are being drawn to digital career options. They are acquiring necessary skill sets as a potential fallback and to augment their incomes given the employment uncertainty in traditional sectors of the economy.

The 2018 Manulife Investor Sentiment Index found that more Filipinos were participating in digital jobs, whether on part-time or full-time basis, compared to most parts of Asia.

While the primary objective of doing digital jobs is to earn an income, many also cited “flexible working hours/places,” and “getting satisfaction from an interesting job” as other key reasons, the survey showed.

The demand for an IT workforce in Vietnam, given its aggressive digital strategy, has reached a five-year peak with nearly 63,000 jobs to be filled in 2019, according to the second quarter report on the country’s IT market conducted by TopDev, an IT recruitment network and ecosystem, reported Vietnam News earlier this month.

This number is five times higher than 2015’s demand and represents a growth of 56 per cent compared to last year. Demand for human resources is rising fastest in areas such as AI, data science, big data, and cybersecurity.

The McKinsey Global Institute report on China’s digital economy has recorded that the country is already more digitized than many appreciate, with one of the most active digital-investment and start-up ecosystems in the world. And it has the potential to set the world’s digital frontier in coming decades.

The hard facts tell their own story:

But more crucially, the report states, the factors propelling the expansion of Digital China suggest that the upside potential is still strong.

Secondly, China’s three Internet giants – Baidu, Alibaba, and Tencent – are building a rich digital ecosystem that is now spreading beyond them.

Thirdly, the government gave digital players space to experiment before enacting official regulation and is now becoming an active supporter.

Digital India, the signature campaign of the government in the other big economy in Asia, has a lot of catching up to do despite advantages such as high-quality, digital-ready and trained manpower and a gung-ho government.

A poor, if improving, digital ecosystem and an underwhelming record in project implementation are among the main issues holding it back.

Yet, global players looking at economies of scale have started intensifying their engagement with India as two examples from August illustrate:

In terms of domestic players, Reliance, owned by Asia’s richest man Mukesh Ambani, created a splash in the growing digital streaming and video-on-demand market in the country earlier in September as it rolled out its fibre-to-the-home (FTTH) service across 1,600 cities in India, reported The Statesman.

It’s telling, however, that a recent survey of directors, CEOs and senior executives in corporate India, said a report in The Economic Times, found that digital transformation (DT) risk was their #1concern in 2019.

There are old challenges and new for Asian nations to overcome as they finetune their digital strategies.

In Bangladesh, where the application of digital technologies to realise Vision 2021 (commonly called Digital Bangladesh) which envisages that after 50 years of independence the country’s goal of becoming a middle-income country will be achieved, there is concern that the journey ahead will not be smooth.

Lutfar Rahman writing in The Daily Star sums it up: “Each new technology requires new skills and training. Human capital is a key factor to develop and adapt innovative ideas and technologies. Quality ICT/ICT-based education from the primary to tertiary level… should receive top priority.

“Elimination of the digital divide between rural and urban areas and between Bangladesh and other nations is essential. Time and time again, the dream for Digital Bangladesh has been shattered by the turbulent political situation.”

The digital divide is also evident in ASEAN where 90% of internet users are from five countries – Indonesia, Malaysia, the Philippines, Thailand and Vietnam. The broadband divide is a challenge for the bloc too with 4G mobile penetration the highest in Singapore and Malaysia and lowest in Laos, Myanmar and the Philippines.

New challenges come in the form of digitally connected societies and economies being susceptible to state-control. The internet clampdowns by the Indian, Indonesian and Chinese governments in Kashmir, Papua and Xinjiang are routinely flagged by rights groups though all three countries contest these allegations vociferously saying they have a sovereign obligation to curb terror-supporting, separatist and incendiary narratives which put human lives at risk.

Access to data gathered by global digital players has become another huge issue with countries from India to Vietnam insisting on data storage centres located within their geographical boundaries and making those holding the data answerable to the laws of the land.

In an ecosystem where both interactions and transactions become more digitalised, cyber security will be paramount in each nation’s digital strategy. 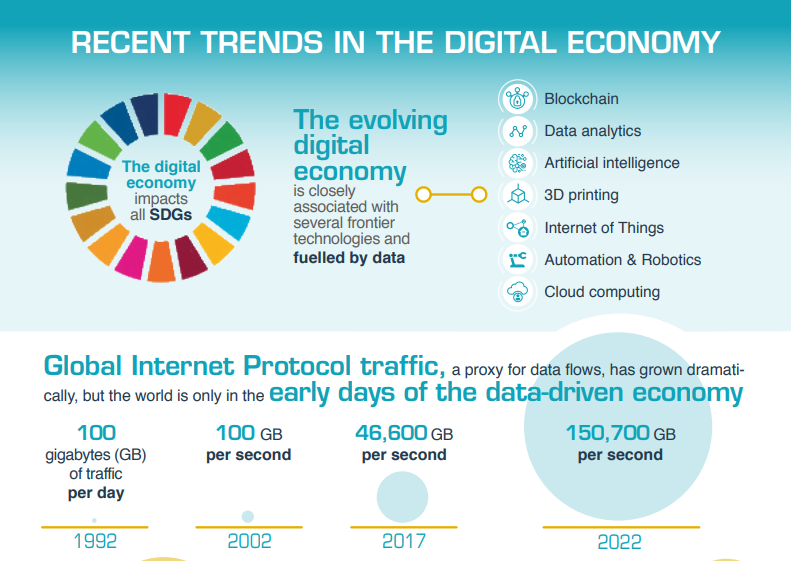 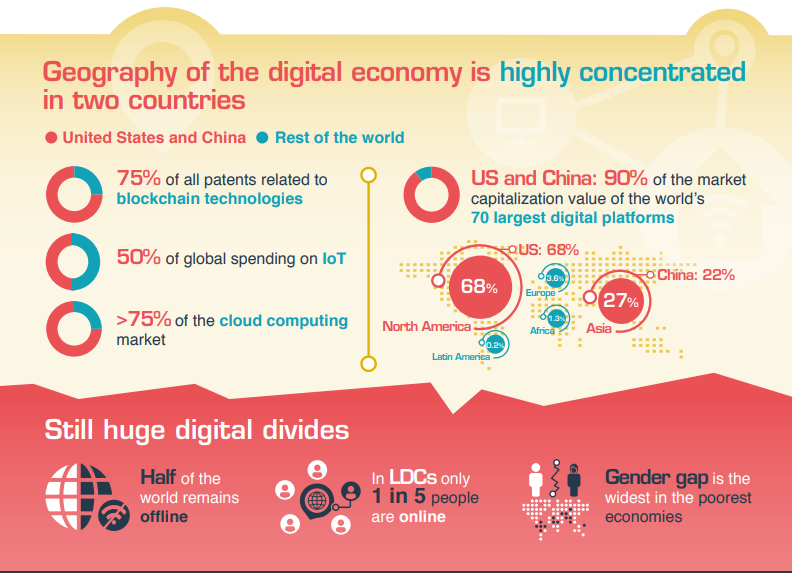