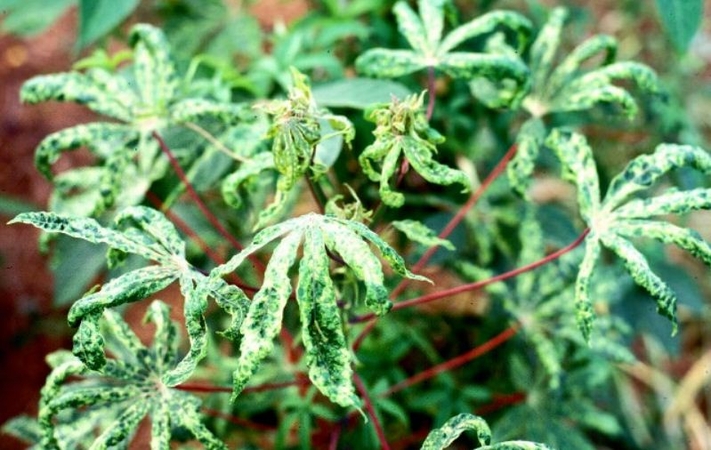 A plant disease known as Cassava mosaic disease (CMD) is spreading in northeastern province of Nakhon Ratchasima, prompting a target of dredging of cassava grown in more than 7,000-rai plantations.

A total of 7,229-rai area lie in 12 of all 32 districts in the province. Cassava infected by CMD grown in 6,687 rai had been dredged, said Vice Agriculture Minister Naraphat Kaewthong.

CMD has been caused by a type of insect called gall gnats. CMD remains incurable to this day, Naraphat said. Naraphat was spending an inspection visit to the province today.