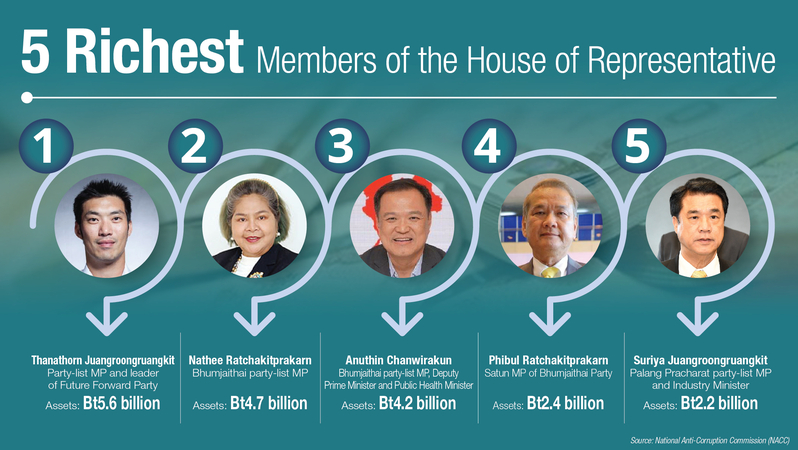 The National Anti-Corruption Commission (NACC) on Friday (September 20) reported the personal finances of 80 members of the House of Representatives, 79 of whom were signed in after the March election, and one of whom recently resigned from the position.

This personal finances report is an addition to the NACC’s previous report of 415 MPs who had earlier submitted their asset lists in July.