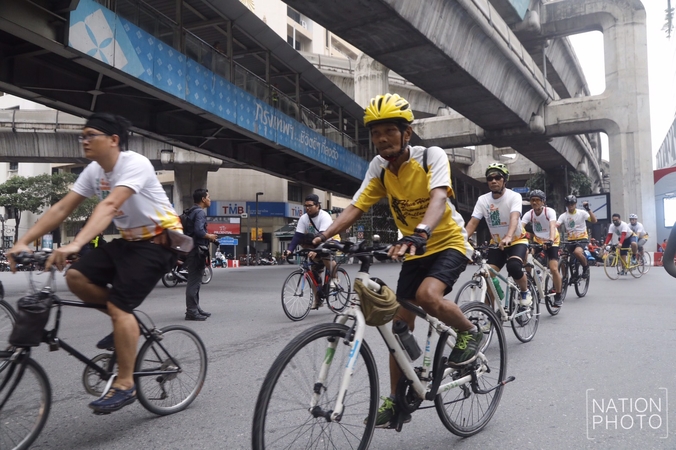 On Sunday morning (September 22), Sakoltee Phattiyakul, deputy Bangkok governor, presided over the opening ceremony of the “Bangkok Car Free Day 2019” at the courtyard in front of CentralWorld shopping mall near the Rajdamri intersection. 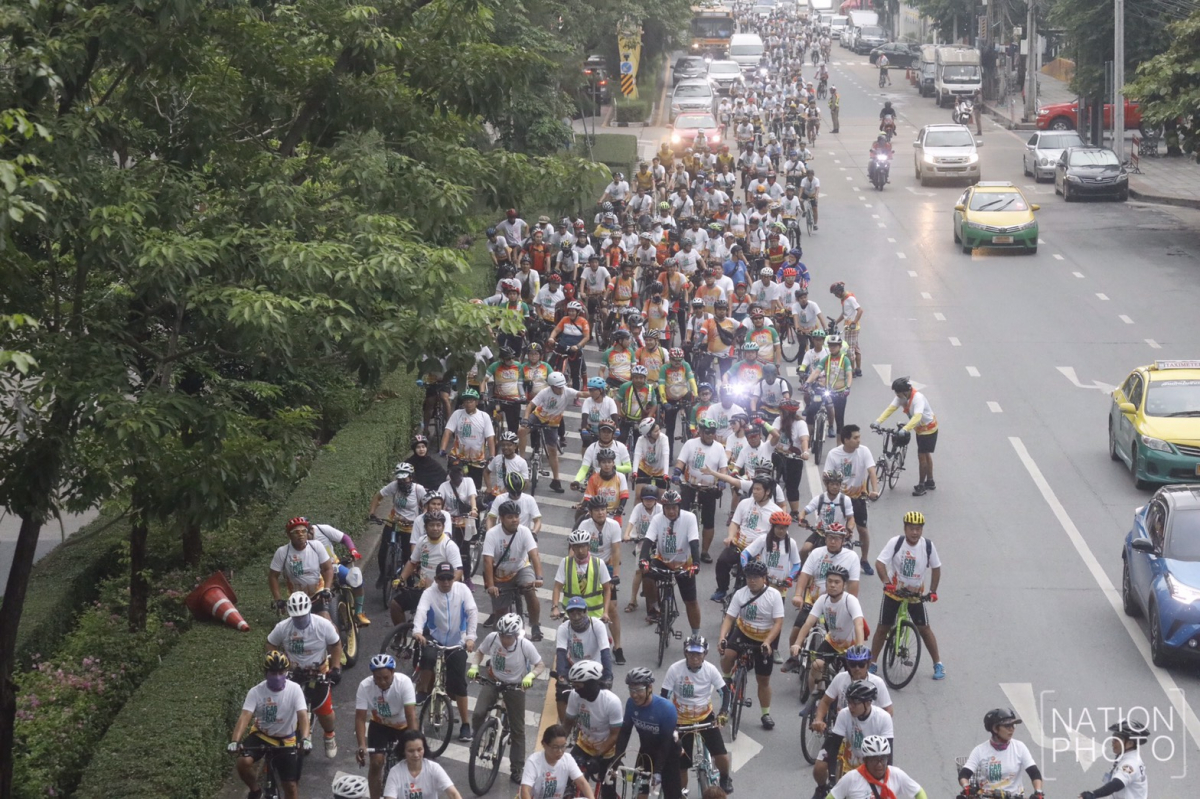 Sine 2,000 cyclists, who rode their bikes along Bangkok’s roads to persuade commuters to use bicycles or walk instead of using their cars, also participated in the event.

The parade of bikers will travel along Rajdamri, Phloenchit, Wireless, Phetchaburi, Banthat Thong and Rama IV roads and circle back to Rajdamri, covering a total distance of 10.19 kilometres. 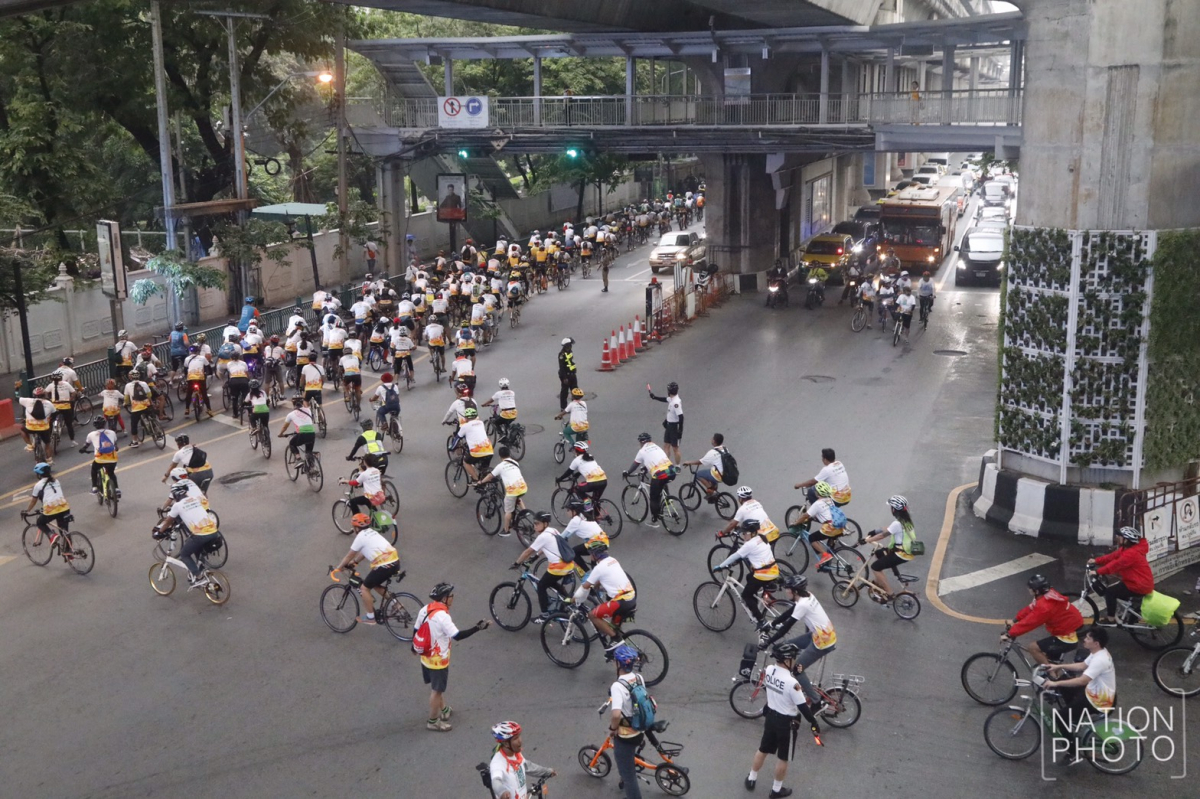 “The Central Group and the Bangkok Metropolitan Administration (BMA) have organised this activity because September 22 is World Car-Free Day,” said the deputy governor. “We are inviting people to park their cars at homes and ride bicycles or instead walk to reduce pollution and traffic jams.”

“Riding a bike helps you save money spent on petrol and maintenance, not to mention giving tons of health benefits from exercising.”

According to Sakoltee, the BMA is aiming to change the commuting habits of Bangkokians by building more bike lanes and bike parking stations around the Rattanakosin Island and other congested areas. 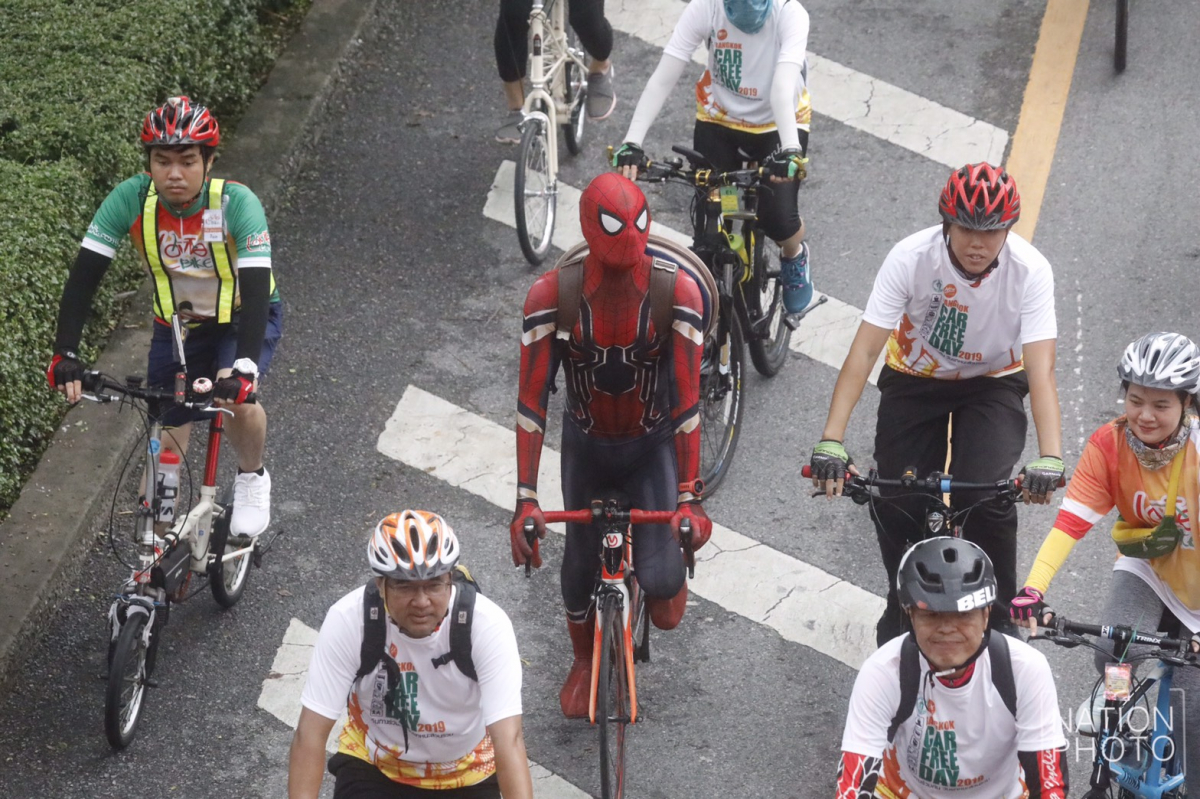 “We will also donate 200 bikes used in today’s activity to Border Patrol Police schools in remote areas, while the wheelchairs used in this event will be delivered to the Ministry of Social Development and Human Security for donation later,” he said.