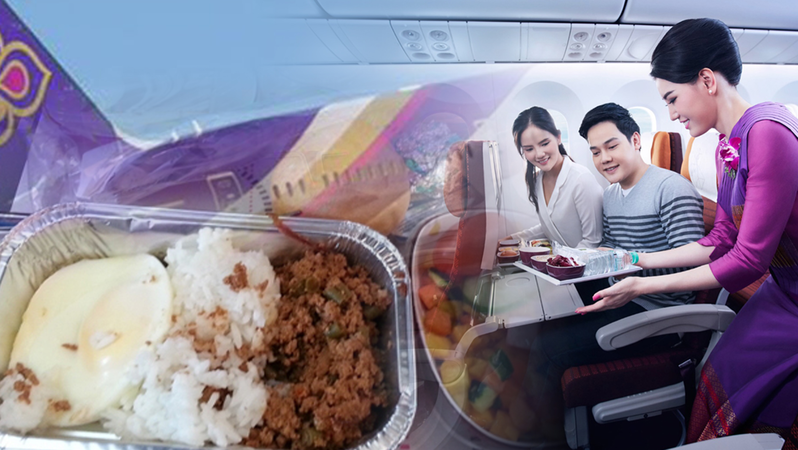 Thai Airways International insisted the company offers "standard services of any premium airline" after a passenger took to Facebook to express his dissatisfaction about food served in economy class on the Bangkok-Sapporo flight. The post had been shared by online communities.

Suthirat Siriphananon, president of In-flight Services, Thai Airways, countered the passenger’s post on Facebook that the airline served only a sandwich and drink.

Suthirat said that in economy class flights, including the Bangkok-Sapporo one, the airline has a standard service of two meals for flights which depart after midnight. The airline serves sandwiches and drinks as the first meal, and after that passengers have time to rest. As for beverages, passengers can summon the staff when they want one on the flight. Suthirat insisted that the airline also served hot meals as a breakfast when the flight neared Sapporo in the morning.

The company also clarified that for front row seats or “preferred seats”, THAI has a policy to allow passengers to pay more. All flight attendants comply with the rule that if a passenger does not reserve a preferred seat but sits in one, the attendants will ask the passenger to move back to the seat he/she booked. The company said it normally called in flight attendants to investigate. If an attendant was found to have used inappropriate words, the airline would proceed against the employee according to company regulations.

Meanwhile, to avail of mileage points to redeem tickets for each flight, THAI said it has set aside seats for the purpose, adding that it apologises if the number of seats are insufficient. The airline said it has added the option for Royal Orchid Plus members to travel on designated flights after collecting additional miles to redeem a ticket.