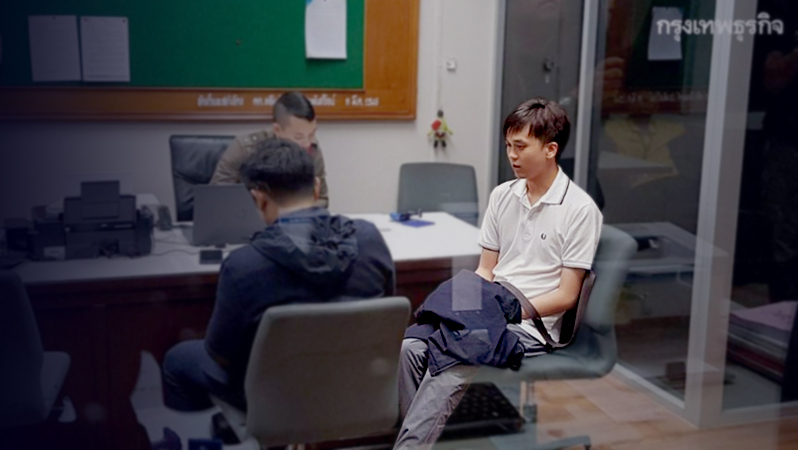 Political activist Karn Pongpraphapan was taken into custody early on Tuesday after Technology Crime Suppression Division (TCSD) police arrested him at his house in Phahon Yothin on Monday night for posting a message on Facebook about foreign history allegedly in violation of Section 14 of the Computer-Related Crime Act.

During a brief interview before being jailed at Thung Song Hong police station on Tuesday, Karn said he would fight the case because it was a serious allegation.

Karn’s attorney Winyat Chatmontree, who is also the secretary-general of the United Lawyers for Rights and Liberty, questioned whether the police overdid it by taking Karn into custody.

“Since my client showed no intention to flee, the TCSD should have issued a summons first instead of filing an arrest warrant,” Winyat said.

“The message that Karn posted on his private Facebook page had nothing to do with a rumour currently circulating on Twitter,” he said. “It was a five-sentence post about historic events that he wrote from his experience reading books or watching movies.”

According to Winyat, the post was deleted immediately after Karn received a warning message from officials, “but someone edited his message and made it viral on the Internet”.

Winyat added that his client was in “good spirits but stressful because he has never been arrested like this before”, although he has been charged over political activism in the past.

“The investigation has gone well after he met with lawyers and relatives,” Winyat said.

Karn has rejected the allegation against him, admitting that he did post the message but with a different intention. His family has prepared collateral of Bt300,000-Bt400,000 to bail him out.

If found guilty, Karn faces up to five years in prison.