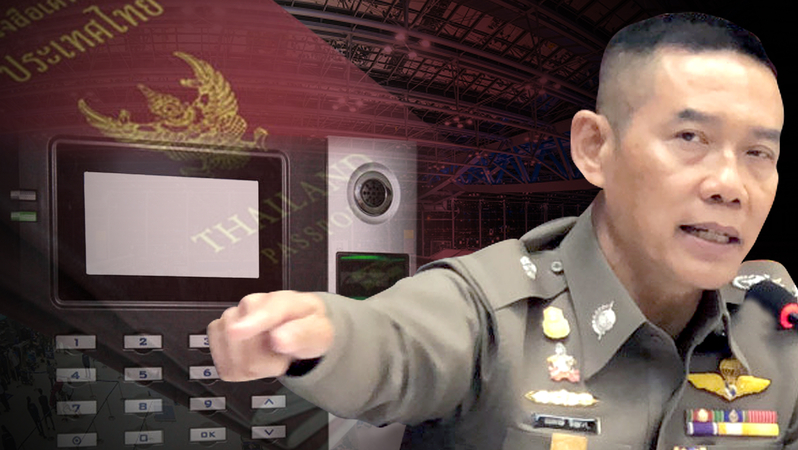 Pol Lt-General Sompong Chingduang, the Immigration Bureau commander, announced on Wednesday (October 9) that a total of three foreigners were stopped at Suvarnabhumi Airport in September after the biometric system revealed they had committed passport fraud.

“In the first case, immigration police arrested an Iranian man aged about 47 years holding a French passport and travelling from Germany to Thailand,” he said. “The biometric scanning showed only a 19-per-cent match between his face and passport photo, so we took him into custody.”

The man later confessed that he had bought the fake passport at a train station in France for 520 Euro (Bt17,300) to travel to Thailand and later to Japan to find a job.

The second case happened on the night of September 25, when the police arrested an unidentified Chinese man aged around 57 years holding a Myanmar passport. “The biometric scan identified that his passport’s Machine Readable Zone (MRZ) had been altered,” Sompong said. “The suspect later confessed that he bought the counterfeit passport from Rangoon for MMK 25,000 (Bt500) to travel to Thailand.”

The third arrest was made on September 30 when immigration police stopped a Kenyan woman aged 28 years as she was trying to leave the kingdom. “The biometric system alerted officials that she had overstayed in the country for two years. Her original visa allowed her to stay until September 15, 2017, and a fake stamp was used to give a new expiry date,” said the commander. “She later confessed that she sent her passport to Kenya to have it altered at a cost of Bt10,000.”