Natural Resources and Environment Minister Warawuth Silpa-archa said on Tuesday that he instructed officials to warn 30 tourists after they were spotted riding jet skis to get a close-up view of Bryde’s whales swimming off Chao Samran beach in Phetchaburi province.

“I ordered the Department of Marine and Coastal Resources to talk to the tourists and advise them not to get too close to the whales’ habitat again as it would disturb the animals,” Warawuth said. “The group of tourists understood and promised they would be careful the next time.” The minister explained that noisy activities such as riding jet skis or banana boats can disturb aquatic animals and drive them away from the Gulf of Thailand.

“Bryde’s whales are a gift to Thai waters. They help draw thousands of foreign tourists to Phetchaburi every year and also promote the country’s good image. Therefore, we should make sure not to disturb them or drive them away.” he added.

“I want to urge both local citizens and tourists to keep our attractions clean and only put garbage in designated containers,” he said. 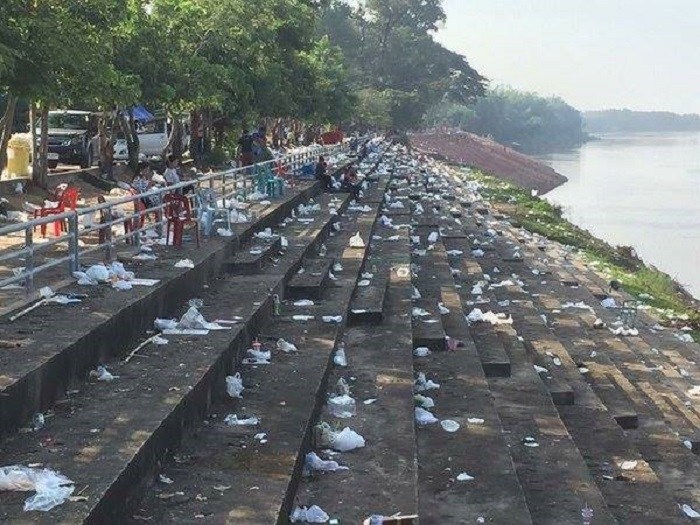 “The government does not want to use drastic measures such as imposing fines for littering, as keeping your community clean should be a basic conscious behaviour of Thais,” he added.